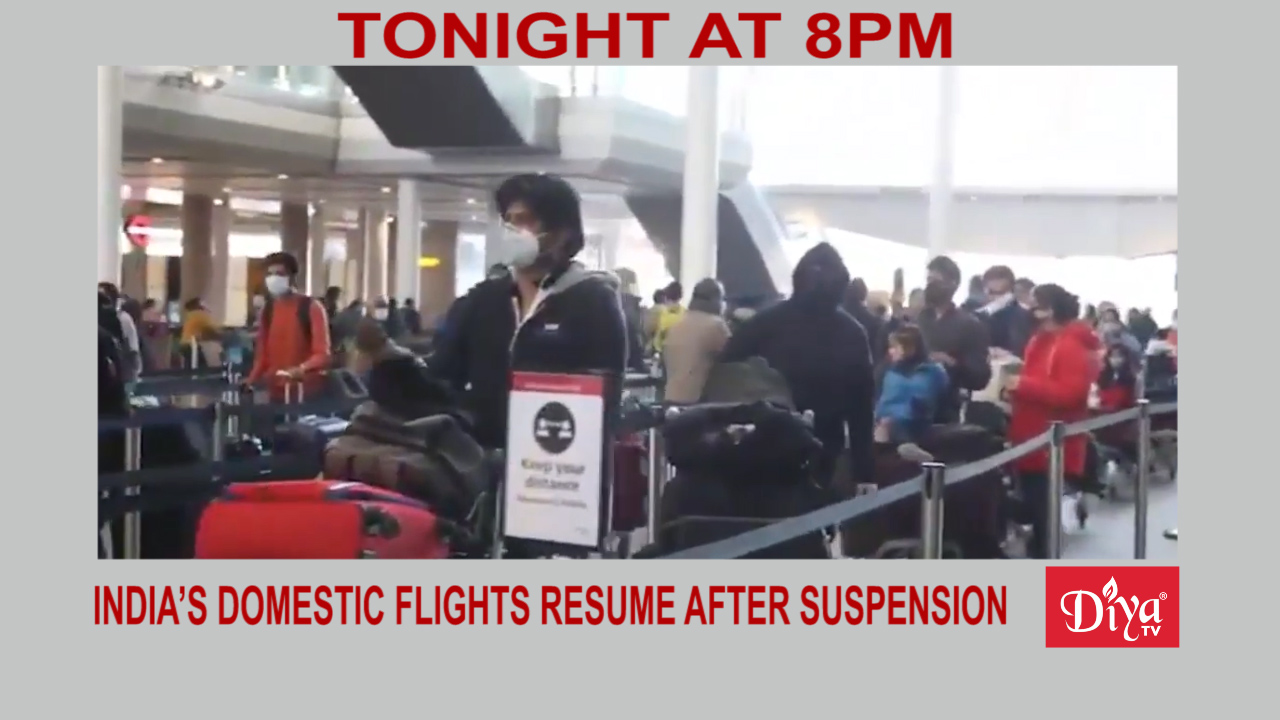 NEW DELHI (Diya TV) — India lockdown measures not only pertained to its 1.3 billion people, but to domestic flight travel as well. But the India government gave the go-ahead for flights to resume this week, though with strict social distancing guidelines and with only one-third of operations allowed to restart.

Two prominent Indian Americans are receiving Ellis Island Medals of Honor. Venture capitalist Ram Shriram, a famous early investor in Google, and Chandrika Tandon, a businesswoman and Grammy-nominated artist are among the 93 honorees.