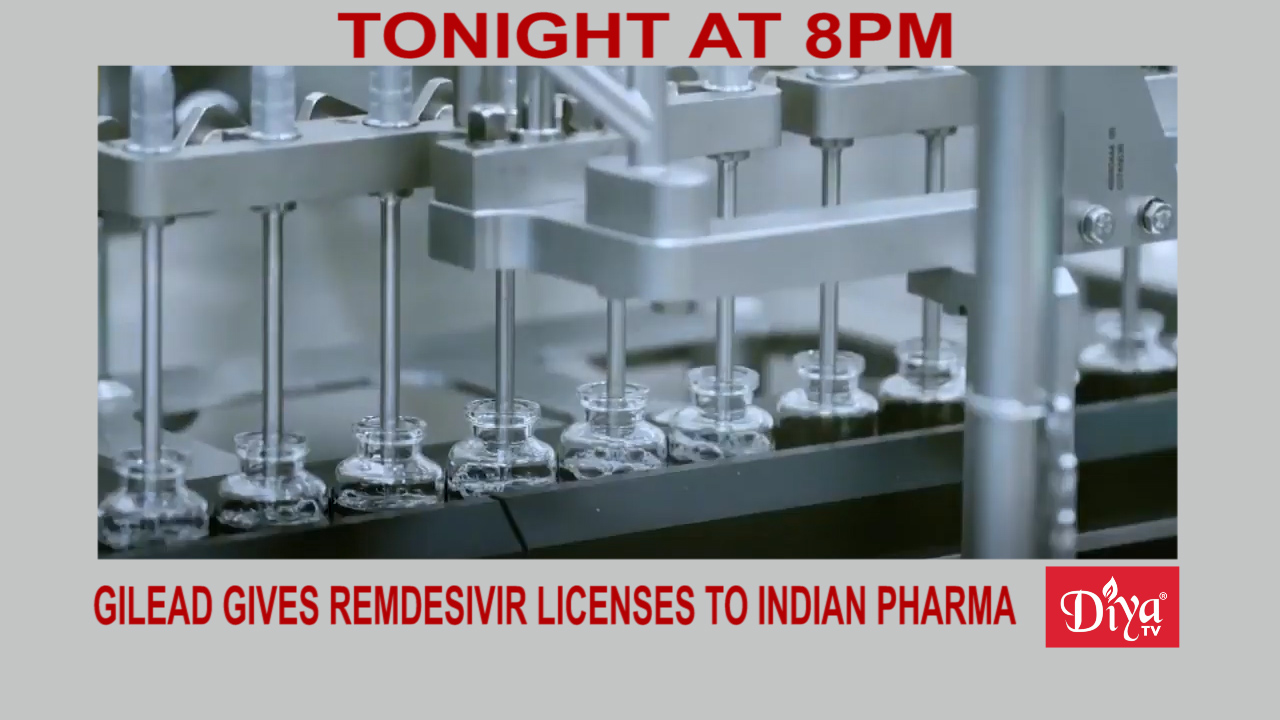 FOSTER CITY, Calif. (Diya TV) — Bay Area based Gilead Sciences signed agreements with five Indian pharmaceutical companies to manufacture Remdesivir for distribution in 127 countries, including India on a royalty-free basis until a new drug or vaccine is developed against COVID-19. For some patients, Remdesivir has helped them battle the coronavirus. But for others, using the drug in this manner has caused severe side effects.

Nearly three million more people filed for unemployment in the US, making the total 36 million Americans filing in just two months. Over 40% of those making less than $40,000 a year are officially unemployed.

From Silicon Valley, where some 200 goats got loose inadvertently in San Jose, to India, where leopards were running wild, there are more sightings of wild animals in urban areas as the presence of humans have been scaled back.

225 fly SFO to India on 1st flight since shutdown