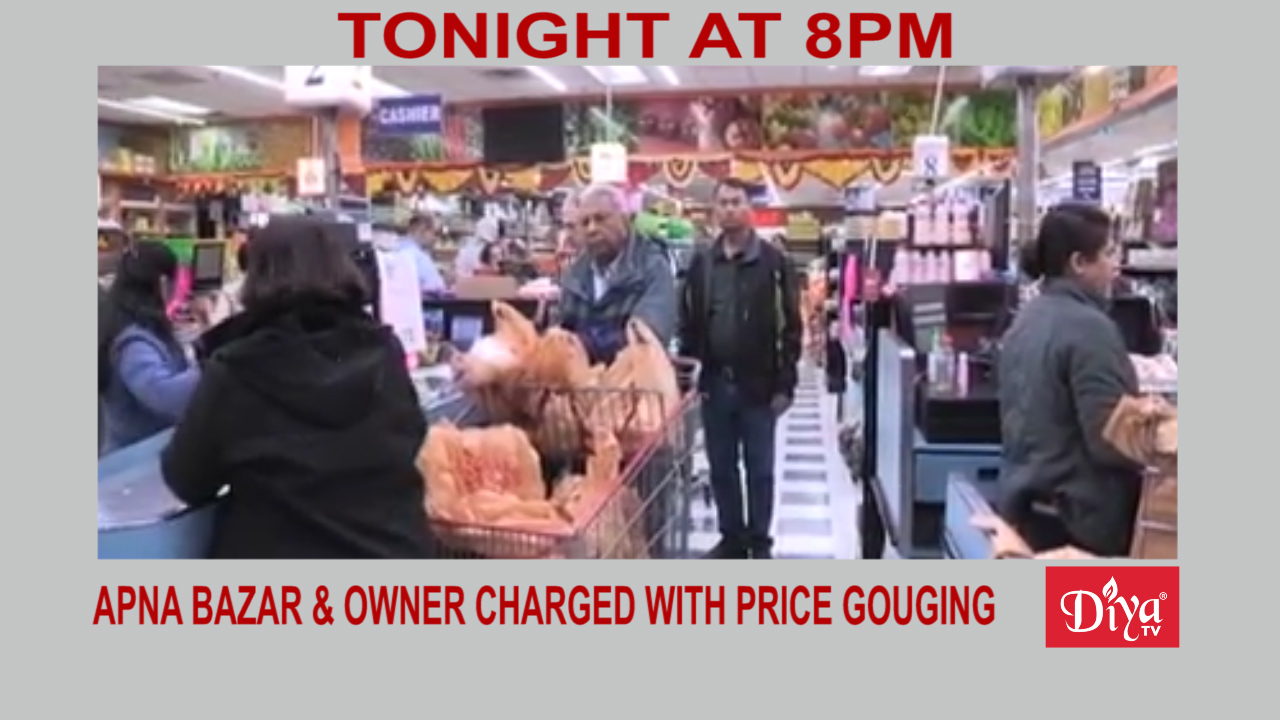 PLEASANTON, Calif. (Diya TV) — Apna Bazar, a grocery store in Pleasanton, California, and its owner Rajvinder Singh, are both being charged with nine counts of misdemeanor price gouging by the State of California and Alameda County. The joint complaint alleges Apna Bazar raised prices for items up to 300 percent after Governor Newsom declared a state of emergency. California law prohibits increasing prices of items by more than 10 percent after such a declaration. Singh, in response to authorities, said he was merely passing on new costs to consumers. Other Apna Bazar locations in the Bay Area were not part of this investigation.

The Labor Department says unemployment claims last week totaled 3.17 million. The total over the last seven weeks is now 33.5 million. There was also a jump in continuing claims that economists say it suggests few people are being recalled to work,

11 people died and about 1,000 people were injured by a gas leak at a chemical factory owned by South Korean conglomerate LG in southern India. Workers were preparing to restart the facility after a coronavirus lockdown was eased when the leak began. Dozens of people, including women and children, fell unconscious in the street from the toxic gas.