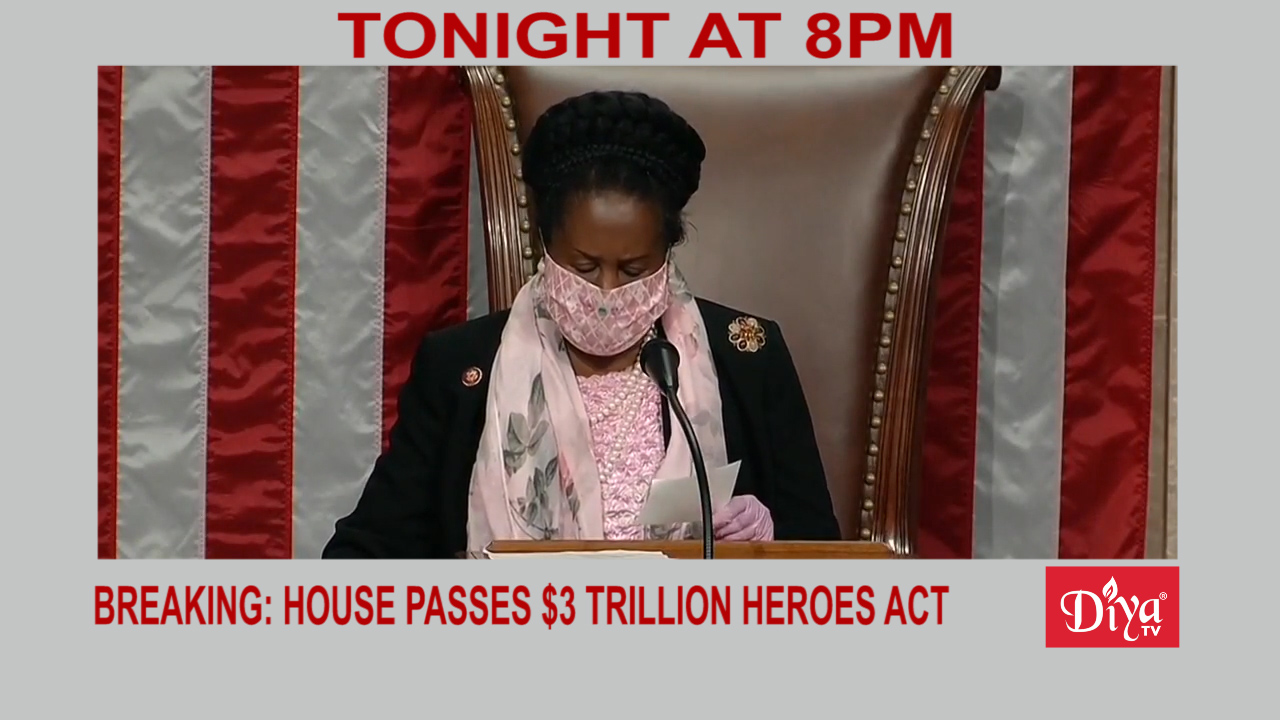 FOSTER CITY, Calif. (Diya TV) — Democrats in the House passed another relief package to the tune of $3 trillion,  the Heroes Act, despite 14 members of their party voting against the bill. The package would expand unemployment programs, provide rent & mortgage relief and deliver federal aid to local and state governments. In its current form, the Heroes Act is facing strong opposition from White House and the Republican-led Senate, though bipartisan negotiations are still ongoing.

Indian Prime Minister Modi announced a $266 billion economic stimulus program to deal with the fallout from the coronavirus pandemic. It’s roughly 10% of India’s gross domestic product. There are initiatives for small businesses, street vendors, farmers and poor migrants. Since April, the government has spent more than $1 billion to offer work to almost 23 million unemployed people in rural areas.  They will be providing free food grain for about 80 million migrant workers over the next two months, and while extending affordable housing to migrant workers.

Manhattan, Kansas Mayor Usha Reddi suspended her campaign for an open U.S. Senate seat in Kansas. Reddi said responding to the coronavirus pandemic had become “the most important work of my life” and will require 100% of her focus for the foreseeable future.