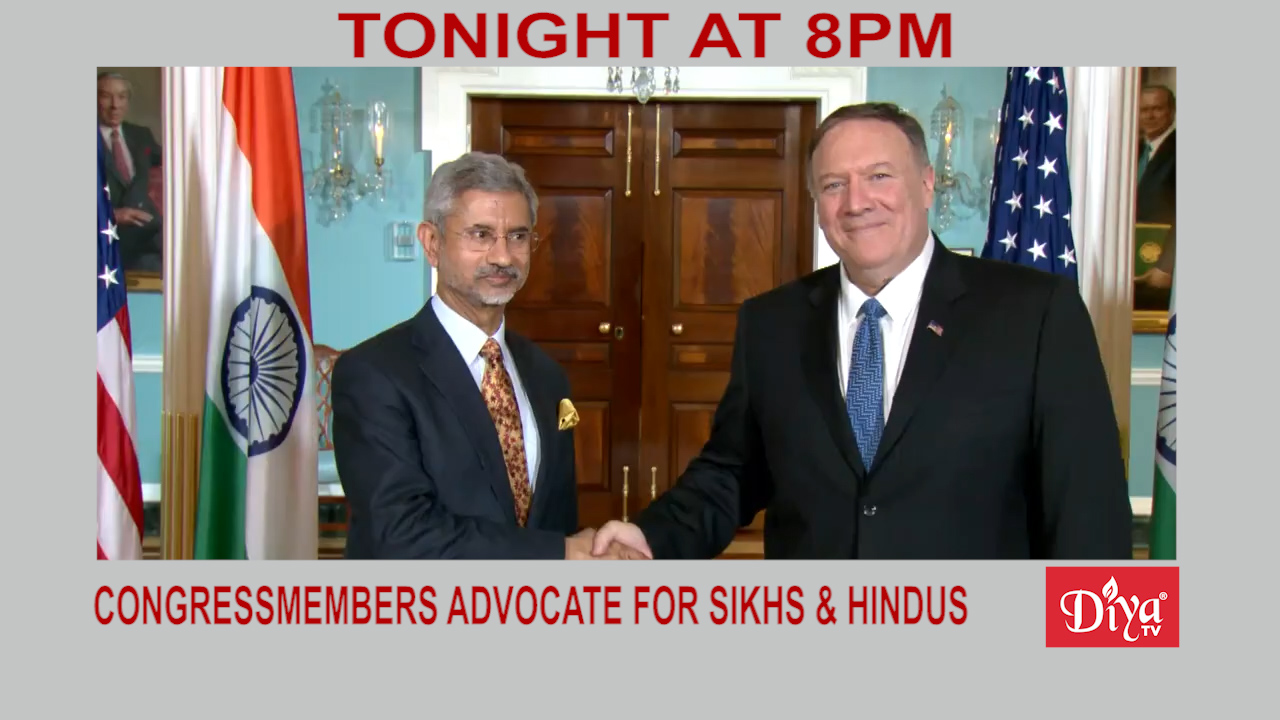 WASHINGTON (Diya TV) — 26 members of Congress wrote a letter to U.S. Secretary of State Mike Pompeo urging him to consider asylum for the remaining Sikhs & Hindus in Afghanistan. The letter notes their population was once 250,000 people and is down now to fewer than 100 families in the war-torn country. And they remain targets of the Islamic State.

Day two of the Indian government’s repatriation effort to bring back nearly 15,000 people in a dozen countries led to the first flight from India landing in San Francisco in nearly two months. Dubbed the Vande Bharat mission, 64 flights and three Navy ships will bring these people stranded abroad back to India because of COVID-19 related shutdowns.

Indian troops killed four militants in gun battles in Kashmir, including the commander of Islamic terrorist organization Hizbul Mujahideen. 8 Indian soldiers died and dozens were injured in the operation that was triggered by a tip that Hizbul Mujahideen commander Riyaz Naikoo was hiding in Kashmir’s Pulwama district.

225 fly SFO to India on 1st flight since shutdown