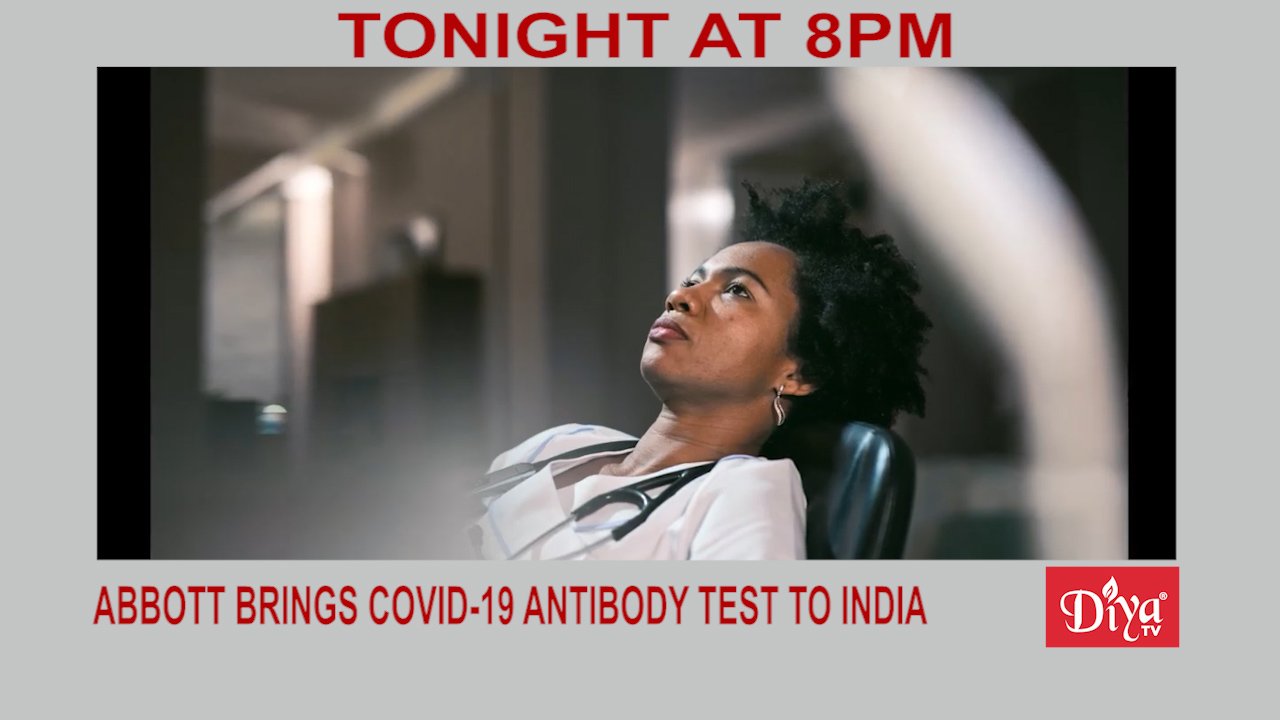 LONDON (Diya TV)  — Abbott announced they have the go-ahead to bring their COVID-19 antibody tests made in Europe to India by the end of the month. They will be used in labs around India and can run 100 to 200 tests per hour. While it’s not scalable enough to meet India’s need, these tests are considered much more accurate than other devices made in China India has tried to use.

From a single tweet, Celebrity Chef Vikas Khanna triggered a movement that has led to 2.5 million meals and counting issued to more than 65 cities throughout India.

And Diya TV is now airing on new frequencies in San Francisco and Silicon Valley. So if you want to watch us and 100 other local channels 24/7 for free, pick up a TV antenna, scan for channels and look for KAAP Channel 24!