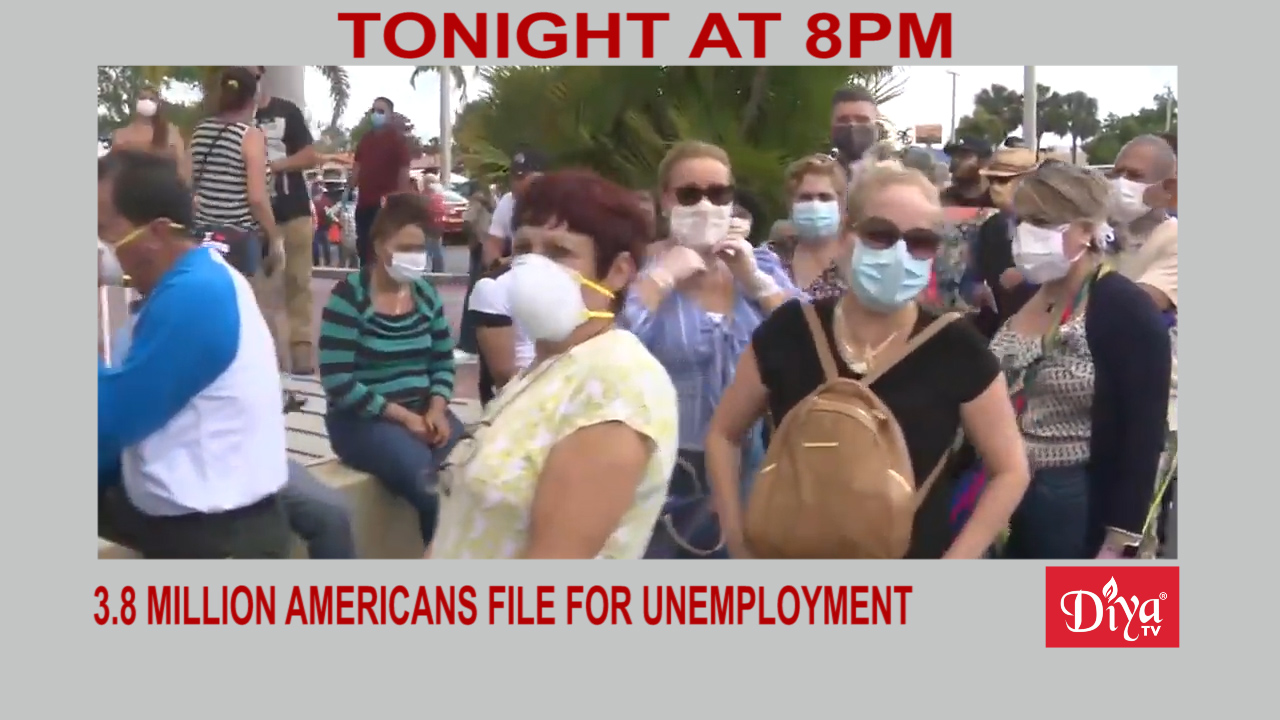 WASHINGTON (Diya TV)  — The Department of Labor announced more than 3.8 million people filed for unemployment benefits last week, bringing the total number of jobless claims to 30 million Americans in the past six weeks. The unemployment rate this month could reach 20% when all of the data is in. 25% of the U.S. was unemployed during the Great Depression.

California Governor Gavin Newsom, dismayed by images of thousands of people ignoring shelter in place orders to hit the coast, ordered all Orange County beaches closed. It’s a narrow order that spares the rest of the California coastline. Newsom said another factor is that the O.C. has more coronavirus cases and hospitalizations than many other areas.

A legend of Indian cinema, Rishi Kapoor, lost his battle with leukemia. The Bollywood icon was 67. Tributes poured in for the actor from world leaders, fellow celebrities and cinephiles who watched his career develop from child actor and leading man to distinguished character actor.