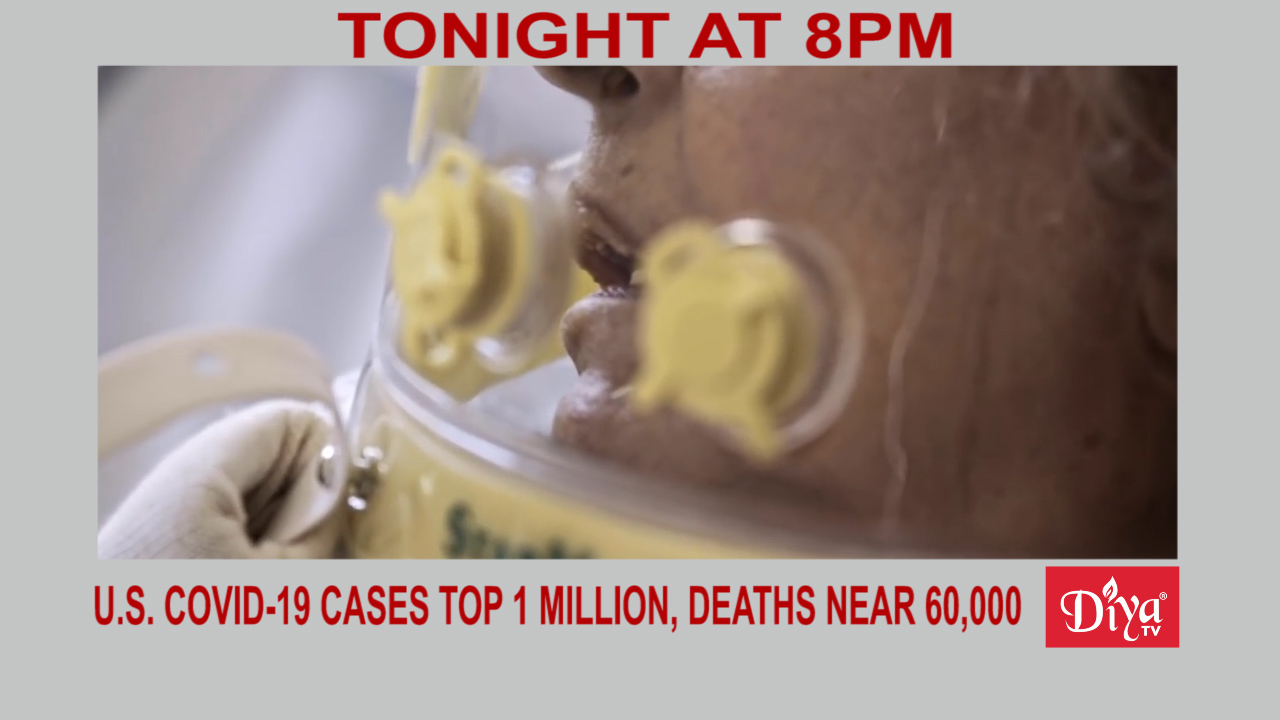 WASHINGTON (Diya TV)  — The United States hit another difficult milestone, as more than 1 million residents have now been diagnosed with COVID-19. The death toll is nearing 60,000 people nationally. And while the curve is flattening in many parts of the country, there are still significant restrictions in place throughout the United States.

One of the first regions to enact a shelter in place, the San Francisco Bay Area, extended their order through the month of May. Illinois extended their stay at home order as well through May, but is loosening some restrictions.

H1B workers can only remain in the U.S. legally for 60 days without being paid. But with government mandated stay at home orders, some 200,000 H1B visa holders are in limbo. Now a coalition of companies are trying to get the government to extend expiration dates through September.

The United States Commission on International Religious Freedom grouped India and Pakistan among countries like Russia, China and North Korea in their annual report to Congress, designating them all as “countries of particular concern.” It’s the first time the USCIRF recommended India be on this list since 2004. India responded in kind saying the report is “biased [with] comments against India [that] are not new.” Adding they regard the USCIRF “as an organization of particular concern and will treat it accordingly.”