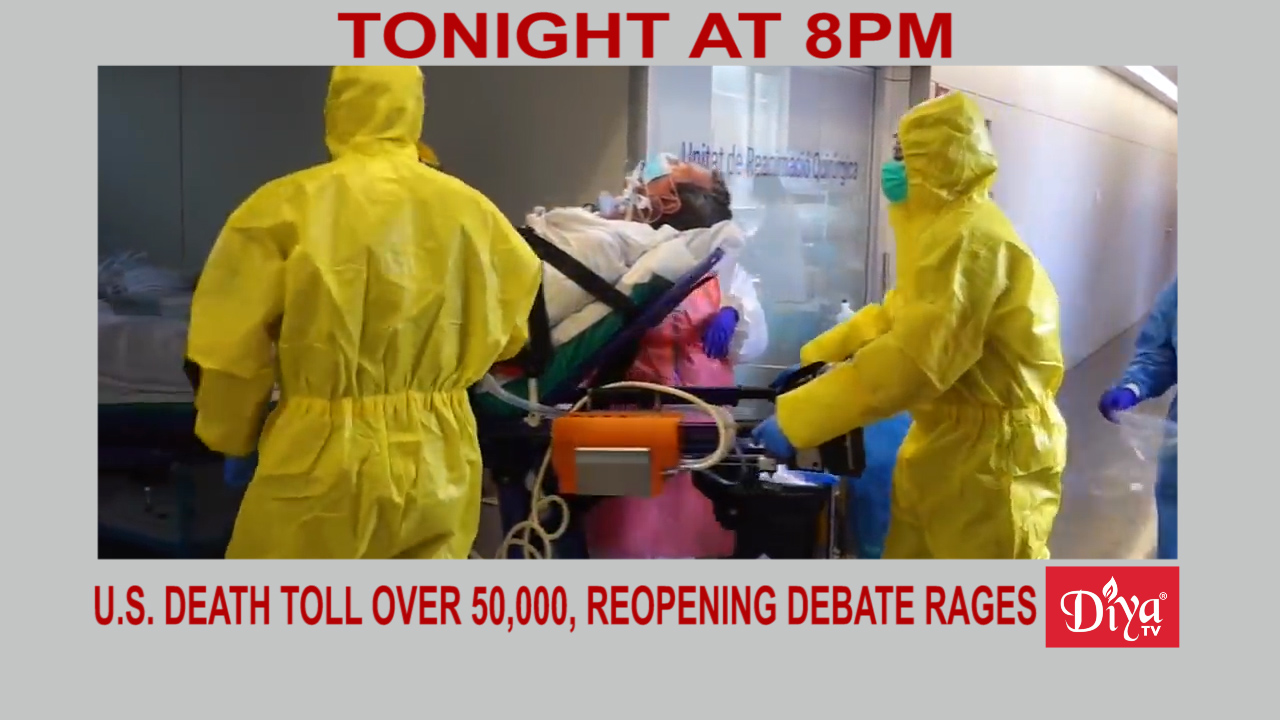 WASHINGTON (Diya TV)  — The United States hit a morbid milestone, as more than 50,000 Americans have now died from the coronavirus. Nearly 900,000 United States citizens now have COVID-19. And while states like Illinois are extending stay at home orders for another month, Georgia will become the first state to reopen this weekend, going against President Trump’s wishes.

Another 4.4 million Americans filed for unemployment last week, bringing the total to more than 26 million job loss claims in just five weeks, levels not seen since the Great Depression. Florida, Texas, California and New York are among the states hardest hit.

The International Monetary Fund projects India to be the fastest growing major economy in 2020, despite the fact the planet is in recession triggered by COVID-19. The IMF slashed India’s growth rate to just 1.9 percent, but they expect India to rebound next year with a growth rate of 7.4 percent.

Business magnate – lost a High Court challenge in England against his extradition to his native India to face fraud allegations relating to his now-defunct Kingfisher Airlines. Mr Mallya denies any wrongdoing and will appeal.