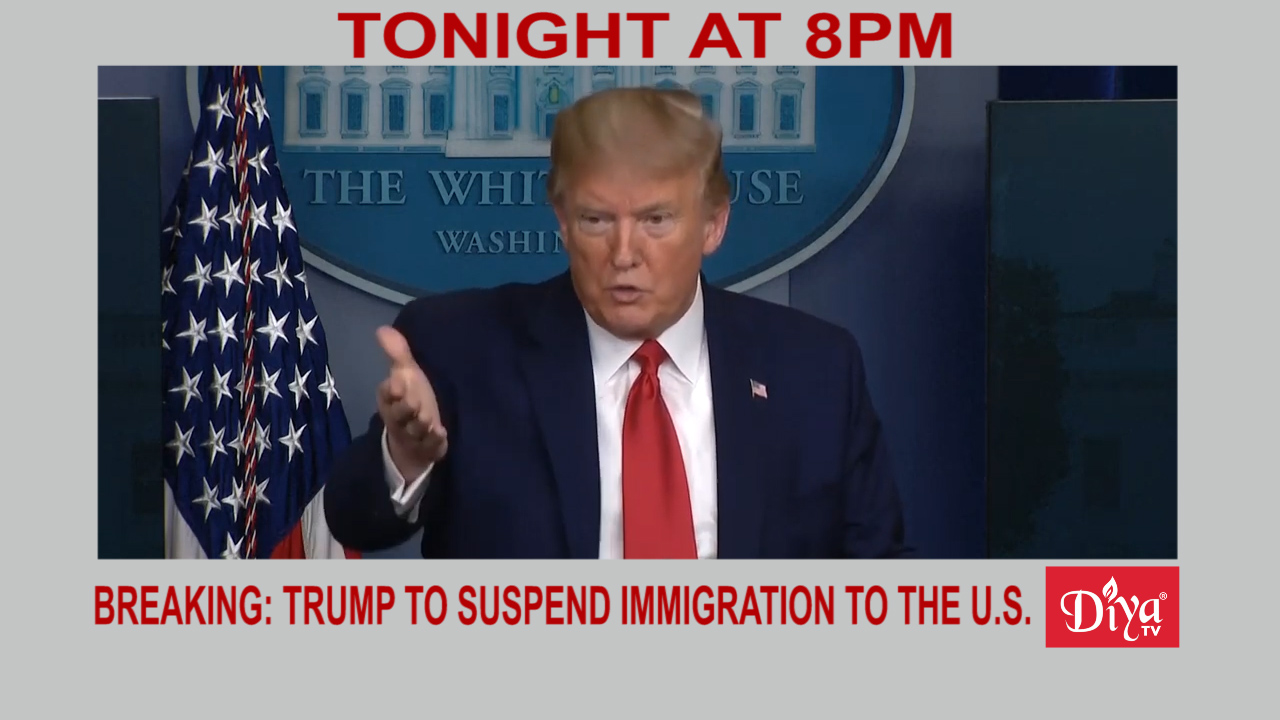 WASHINGTON (Diya TV)  — In a late night tweet, President Trump announced his intention by executive order to suspend all immigration to the United States temporarily. Due to the COVID-19 pandemic, Trump has ensured almost all visa processing in the State Department has effectively already come to a halt.

For the first time ever, US crude oil prices dropped into negative territory, falling to -$30 briefly until it rebounded. An ongoing oil price war between Saudi Arabia, Russia and the U.S. led to a major oversupply of oil and now there’s concern there may not be enough storage for all of the crude produced.

Shah Rukh Khan and Priyanka Chopra Jonas joined Lady Gaga and a host of stars for the “One World: Together at Home” concert special to honor first responders fighting COVID-19. More than 70 artists and celebrities around the world joined forces for this event that raised funds for the World Health Organization.

More than 100 students still living on campus at the University of Vermont received a special delivery this week — protective washable masks — courtesy of Lakshmi Garimella, wife of the school’s President Suresh Garimella. Each one was hand sewn with a note saying “we hope you will wear it in good health.”

Hydroxychloroquine treatment not recommended by NIH

Study: COVID-19 infections may be widespread, not as fatal