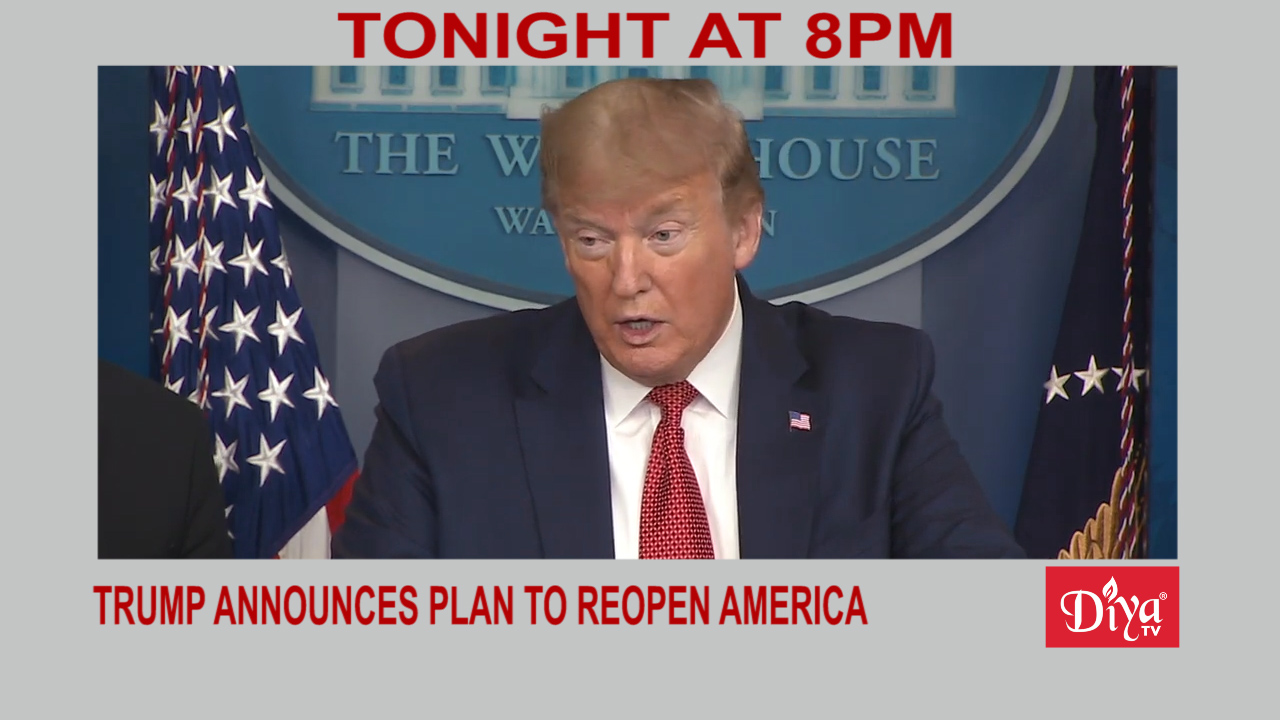 WASHINGTON (Diya TV)  — President Trump announced a three phase plan to reopen America, which includes maintaining social distance in public and having businesses continue teleworking until we return to normalcy. But Trump made it clear each state will make these decisions for themselves, contradicting a statement he made earlier in this week. The death toll continues to escalate from COVID-19 with 35,000 Americans losing their lives, 34,910 in the last month alone.

Governor Gavin Newsom announced California’s Disaster Relief Fund and a number of non-profits will issue money to undocumented immigrants, folks who did not qualify for federal stimulus money. $500 per adult or $1000 for a family will be dispersed though a network of non-profits. The governor also mandated two weeks of paid sick leave for essential food workers.

Every job added since the financial crisis 11 years ago has been wiped out. That’s more than 22 million jobs have been lost in just the past month, more than 5 million job loss claims this past week. The record total means at least 15% of Americans are now unemployed.

Study: COVID-19 infections may be widespread, not as fatal