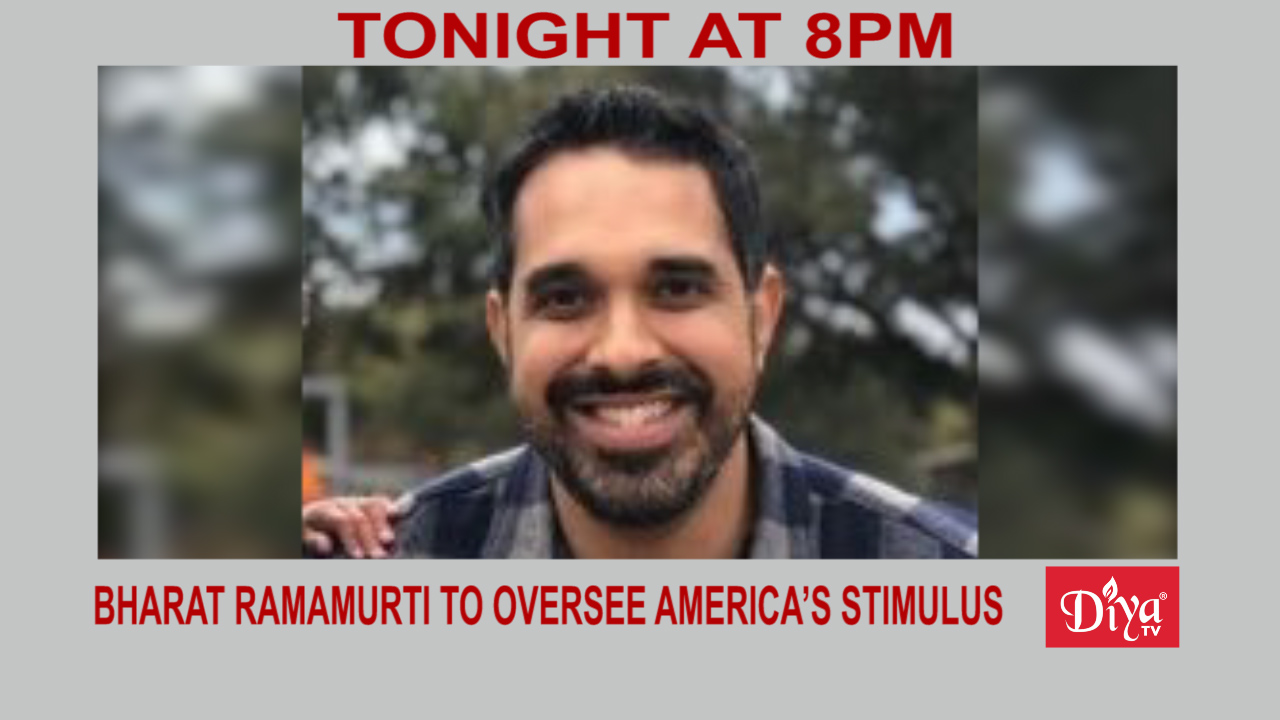 WASHINGTON (Diya TV)  — So far, there’s only one person on the Congressional Oversight Commission to police the massive $2.2 trillion relief bill and his name is Bharat Ramamurti. Appointed by Democratic Senator Chuck Schumer, Ramamurti was a top staffer for Senator Elizabeth Warren, with expertise in banking and economic policy.  Bharat Ramamurti is one of the five people that will eventually police the bailout as selected by leaders in both parties.

Indian Prime MInister Narendra Modi extended the lockdown of his nation through May 3rd, as cases in India continue to grow. More than 10,000 Indians are now afflicted with COVID-19, and 353 people have died. On Twitter, his political rival Rahul Gandhi criticized the Modi government for not having enough tests on hand. But Modi countered there are 220 testing labs around India, 100,000 beds and 600 dedicated hospitals focused on the coronavirus, adding India may loosen restrictions as early as next week in areas that show few signs of spread.