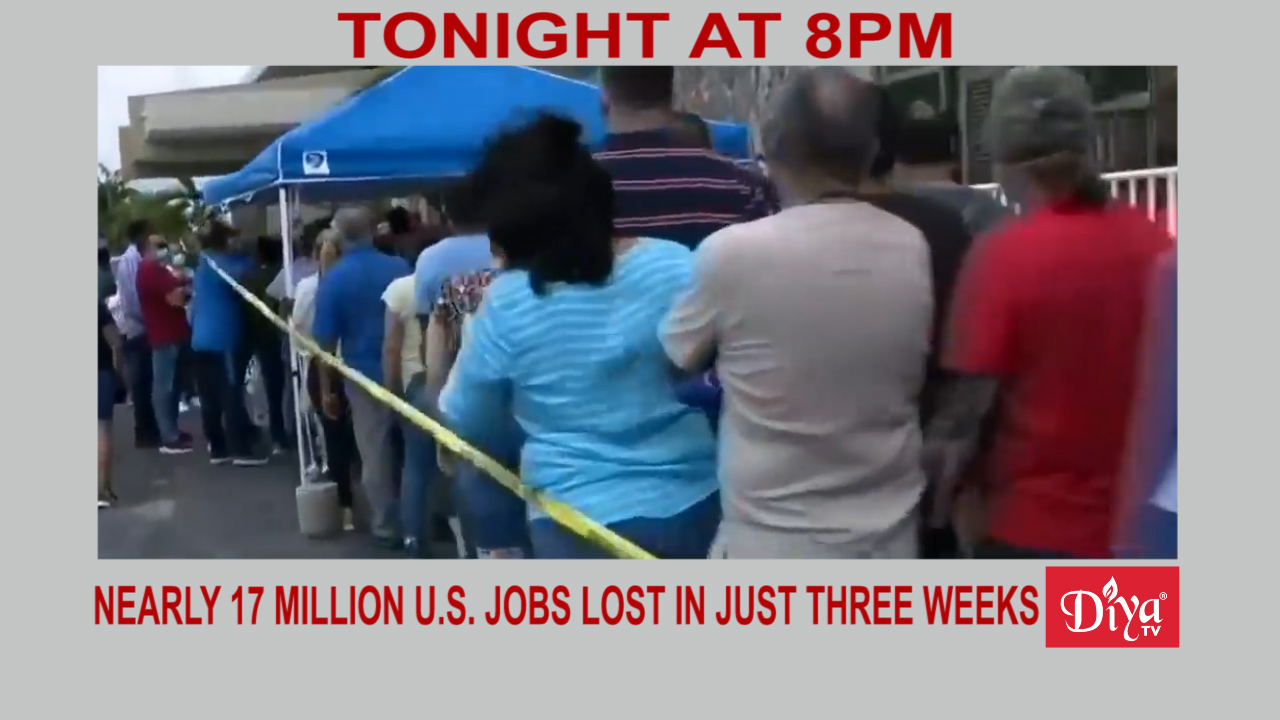 WASHINGTON (Diya TV)  — Unemployment claims continue to escalate, setting a record for the third consecutive week. Nearly 17 million people now face unemployment and economists expect the total to rise to 25 million by the end of the month. JPMorgan revised their guidance and forecast a 40% decline in American GDP in the 2nd quarter.

Meanwhile, the death toll from COVID-19 is increasing, up to 16,000 people nationally. But there is increased hope from health officials who say the curve appears to be flattening. In hard-hit New York, 7,000 people have died now, nearly half of the U.S. total.

Indian Foreign Secretary Harsh Shringla, the former Indian Ambassador to the U.S., asked the U.S. State Department for their help to allow India to get access to new COVID-19 testing equipment. It was a follow up conversation to the one President Trump and Prime Minister Modi had over the weekend. After that talk, India relaxed restrictions on the sale of hydroxychloroquine to the U.S. and Trump said the gesture was one he would remember.

Trump thanks Modi for Hydroxychloroquine sale