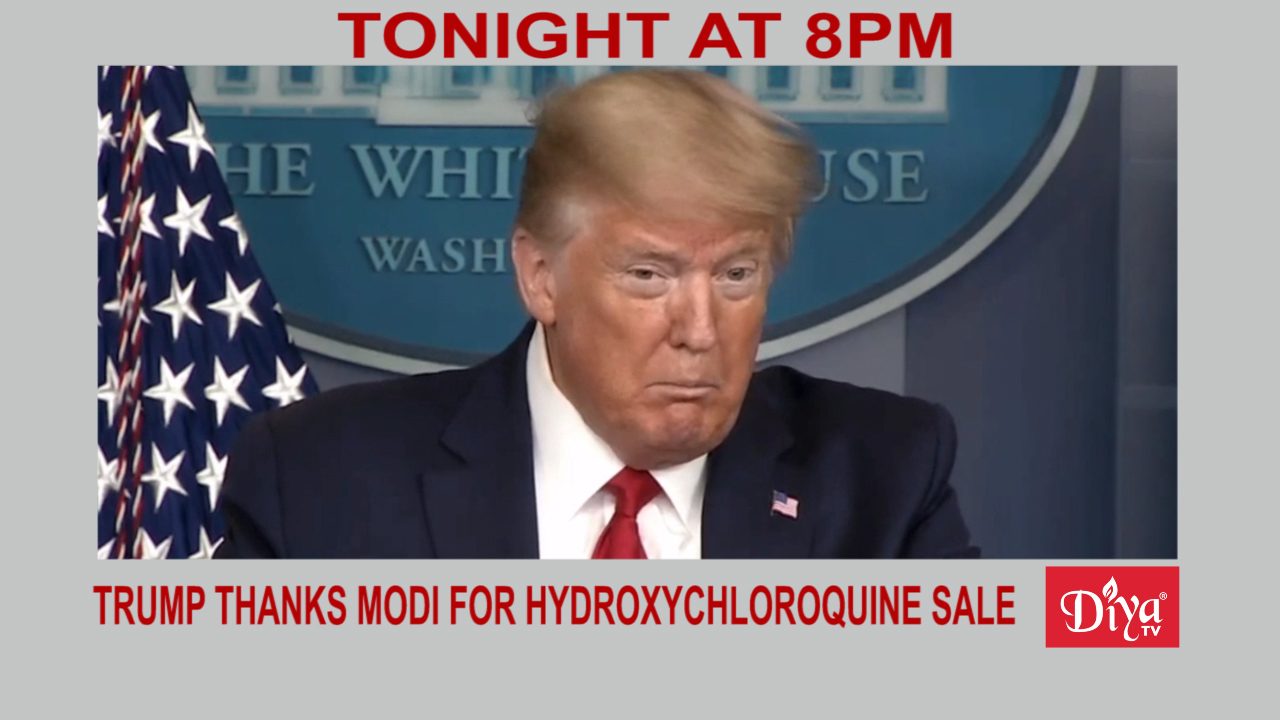 WASHINGTON (Diya TV)  — President Trump on Fox News and before the White House press corps thanked Prime Minister Modi for releasing America’s purchase of hydroxychloroquine, a highly sought after malaria drug that some patients say helped them overcome COVID-19. Trump has stated that the U.S. now has nearly 30 million doses of the medicine in stock. India is one of the world’s largest producers and has loosened restrictions on selling the drug since they have enough to address their own population.

A day after the Wisconsin primary was allowed to proceed by the Supreme Court, a state that former Vice President Joe Biden will likely win, Sen. Bernie Sanders suspended his campaign, making Biden the presumptive Democratic nominee.

Bill Gates said his foundation will spend billions of dollars to build factories to manufacture the seven most promising coronavirus vaccines, so they can all be tested at the same time.

Trump thanks Modi on sale of hydroxychloroquine to U.S.: ‘We’ll remember it’