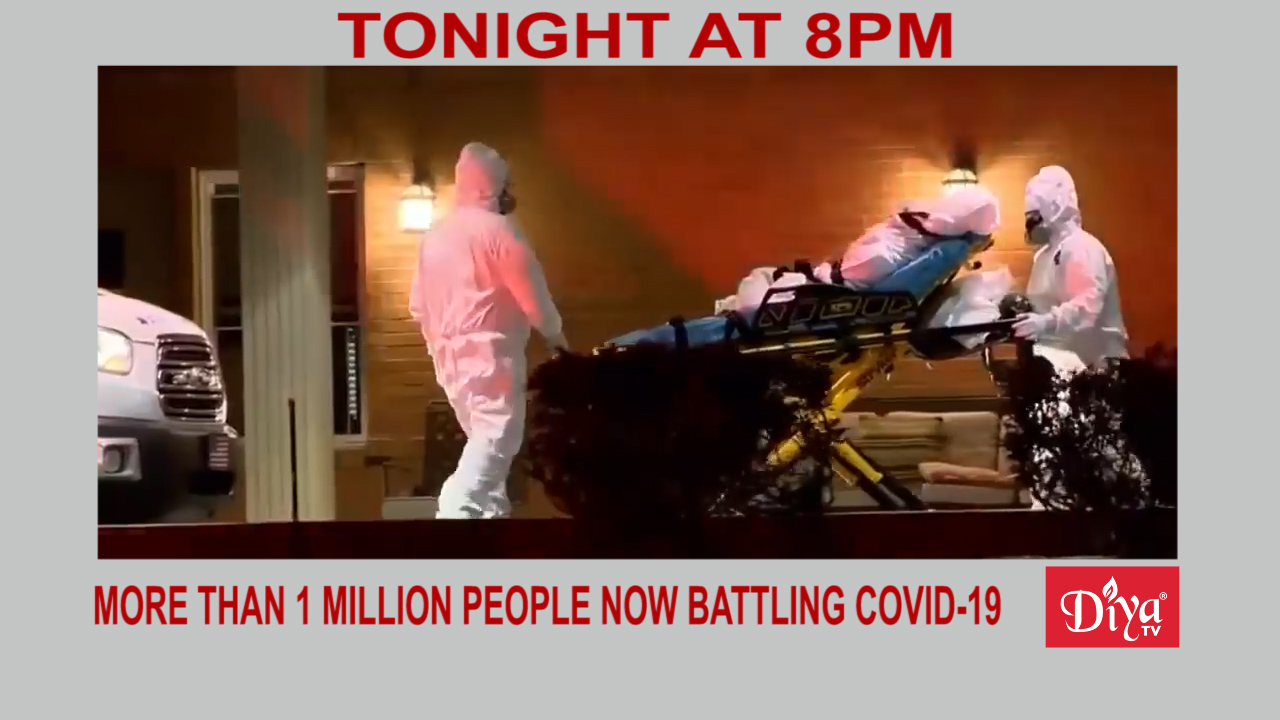 WASHINGTON (Diya TV) — More than one million people around the world are now battling COVID-19, with nearly 250,000 of them in the United States. Loss of life continues to accelerate with 1,400 more deaths in the U.S., pushing the total to almost 6,000 — roughly 2,500 deaths in just last 48 hours In his latest press conference, President Trump said he will release soon nationwide recommendations on wearing face masks when in public. This is a change from his administration’s original stance. New York and California have already issued that guidance.

A week after 3.3 million Americans filed for unemployment, blasting previous records, another grim record was set this week with 6.6 million people saying they are now out of work.

COVID-19 concerns have forced the Democratic National Convention to move from July to August, but many logistic questions remain.

The American Association of Physicians of Indian Origin or AAPI is urging governments at all levels to fully lockdown the U.S. to combat the spread of coronavirus.