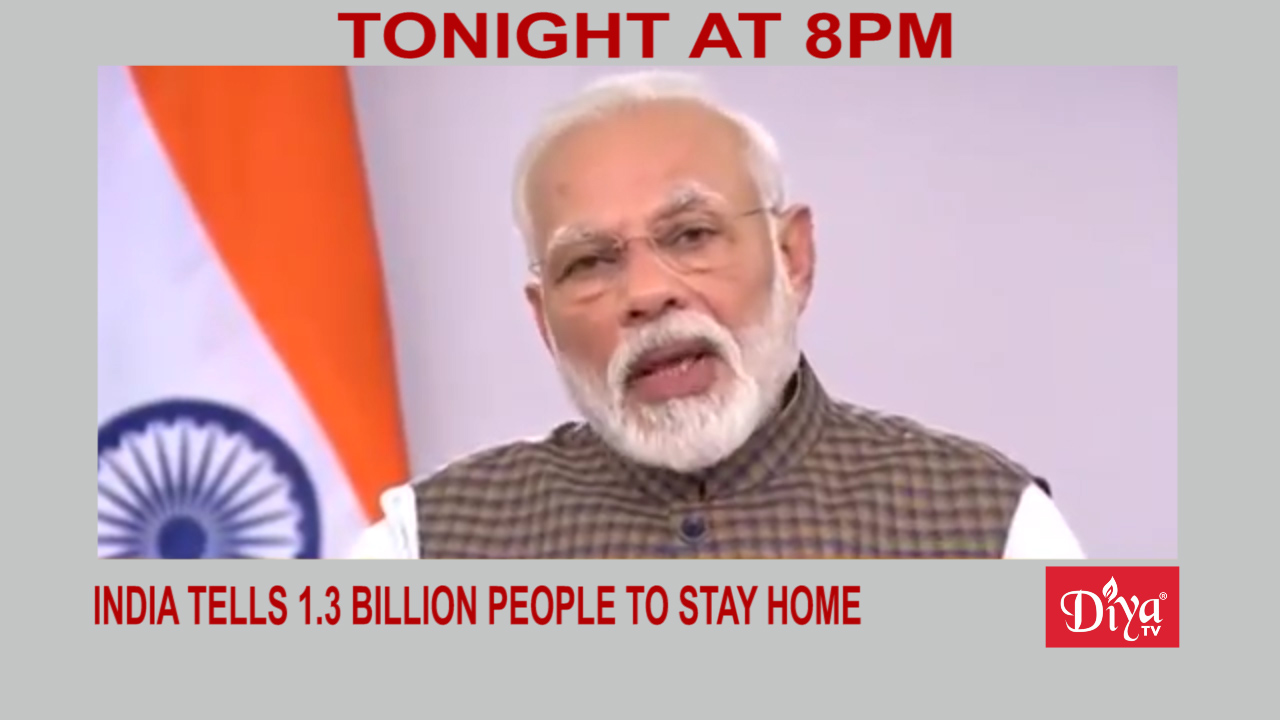 NEW DELHI (Diya TV)  — In an unprecedented move, Indian Prime Minister Narendra Modi directed his country to stay home, all 1.3 billion residents for 21 days. Like in many states in the U.S., only essential businesses and services in India will be allowed to operate. This aggressive approach towards one-fifth of the world’s population is expected to cause massive economic damage. But Prime Minister Modi said 21 days is a small price to pay over a coronavirus pandemic that could set back the fast-growing nation 21 years.

In U.S., Congress is putting the final touches on an economic stimulus plan that triggered a sharp rise in the stock market. But nearly half of the American population is under a mandatory shelter in place. And now health officials are asking folks that have left New York City recently to self-isolate for at least two weeks given the wide spread of COVID-19 in America’s biggest city.

Japan made the difficult decision to postpone the 2020 Summer Olympics for at least one year, an event they have been preparing for nearly a decade.

And Hawaii Congresswoman Tulsi Gabbard officially suspended her campaign, asking her supporters to back Joe Biden.