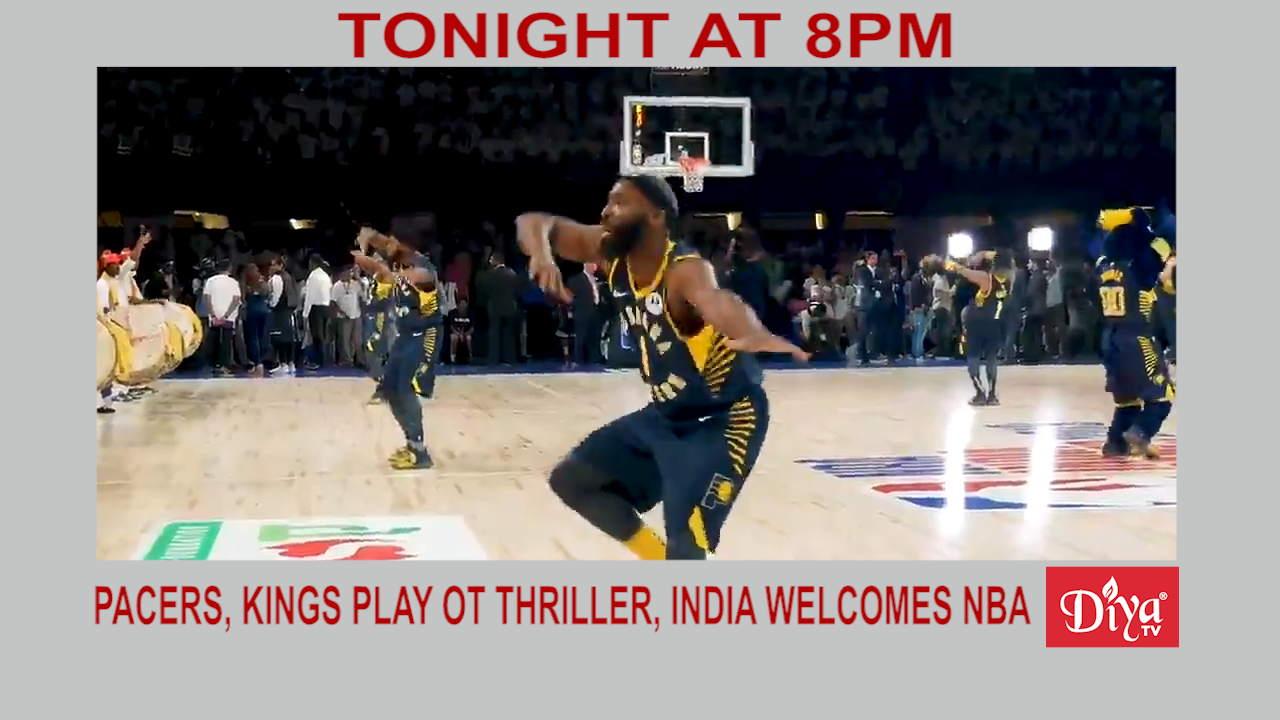 MUMBAI (Diya TV) — We go behind the scenes at the first-ever NBA India Game, as the Pacers squeaked out a 1 point win in an overtime thriller against the Kings. From basketball legend Larry Bird to Bollywood actress Sonam Kapoor Ahuja, we’ll show you how India greeted this global game and we’ll look into early plans to bring a more permanent version of the league to the subcontinent.

House Speaker Nancy Pelosi spoke at a reception held by the Embassy of India at the Library of Congress, to mark the 150th birthday of Mahatma Gandhi and the 90th birthday of Martin Luther King Jr.

50 year old Tushar Atre, the founder and CEO of AtreNet, was found dead in Santa Cruz, California, the victim of an apparent kidnapping from his ocean-front home.

Indian Commerce and Industry Minister Piyush Goyal and U.S. Secretary for Commerce Wilbur Ross continued discussions to increase bilateral trade at the India Economic Summit put on by the World Economic Forum in New Delhi. But no deal is imminent.