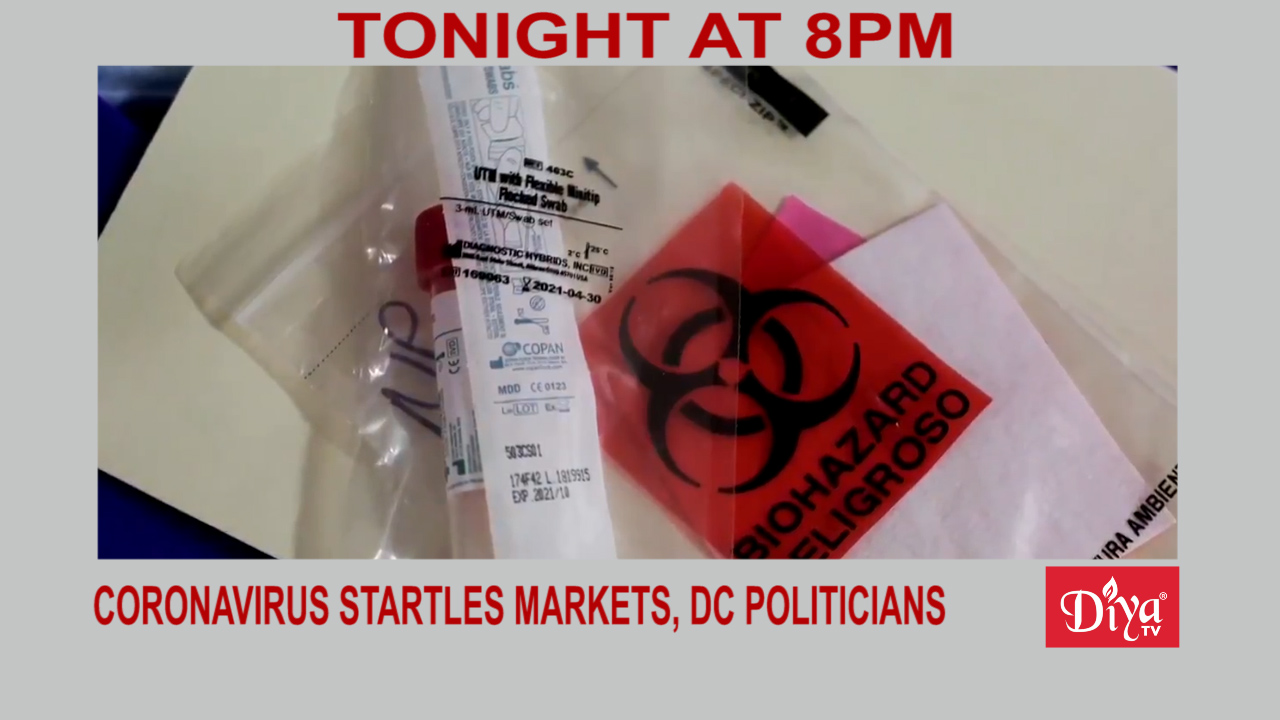 WASHINGTON (Diya TV)  — The Covid-19 outbreak is starting to have widespread implications in the United States. The Dow Jones industrial average, which suffered major losses last week, plunged more than 2,000 points again today, the biggest one day drop ever. Now there are reports several members of Congress are in self quarantine. One of them is Congressman Matt Gaetz of Florida, who was in contact with President Trump on Air Force One just today. And a slew of schools, athletic competitions and trade conferences are making the difficult decision to postpone or cancel events altogether.

In light of the Coronavirus, the traditional Indian greeting of ‘Namaste’ is being embraced the world over, with folks like Britain’s Prince Charles and Israel’s Benjamin Netanyahu espousing it.

And Gap Inc. named its Old Navy chief, Sonia Syngal (SING-GALL), CEO. Syngal led Old Navy’s business since 2016 and has been with Gap Inc. since 2004. She will also join their board of directors.