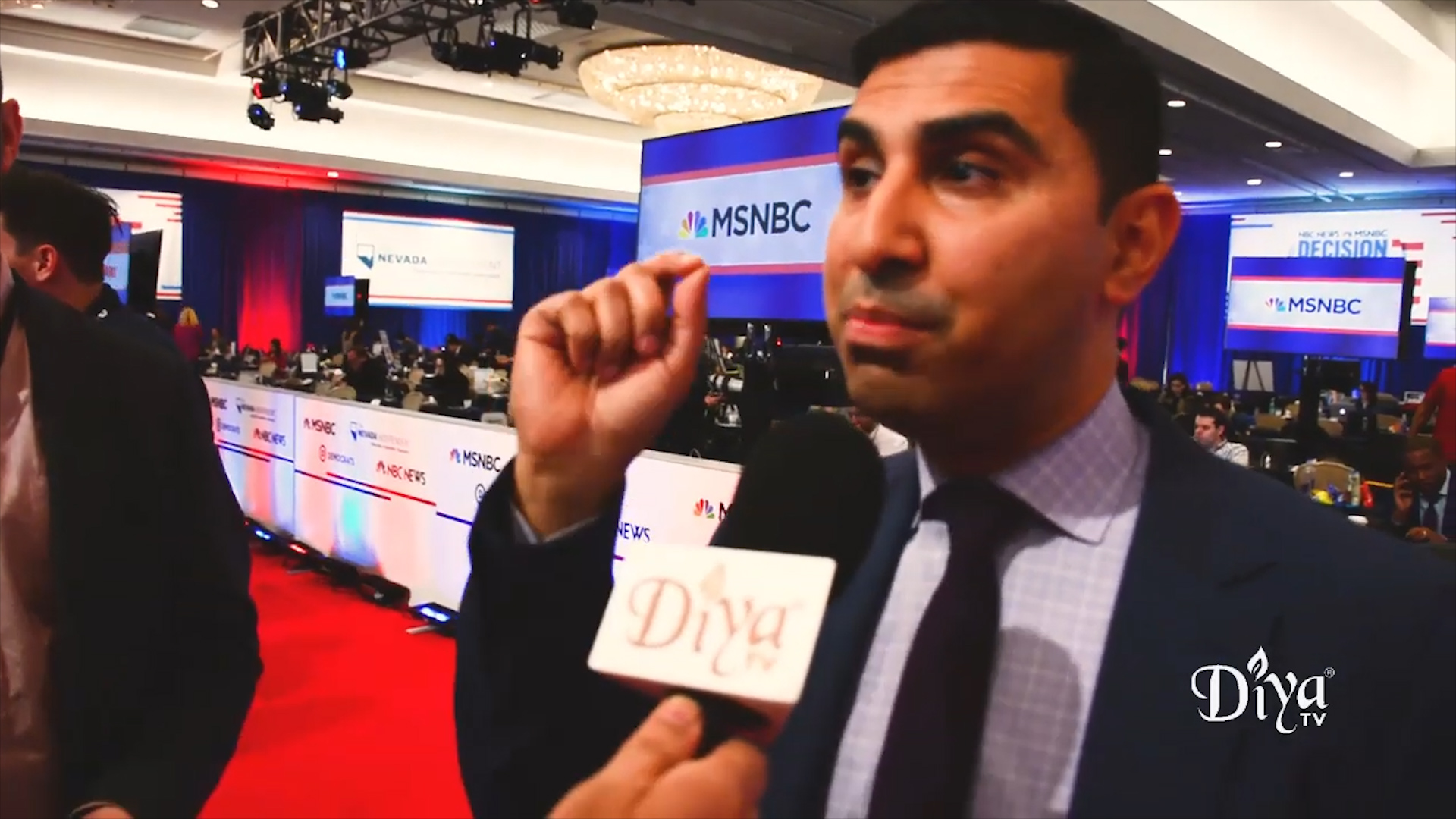 Ravi Kapur: Senator Sanders made some Remarks at the ISNA Event that really wrinkled a lot of Indian Americans in particular, many whom may have supported him in 2016 who believe in what he brings to the table but are upset about his potential India policy. Do you have any thoughts on that? Because that’s something that I hear about frequently.

Faiz Shakir:  Well to understand Bernie Sanders as a person, who is of deep moral conviction about how he looks at foreign policy. And sometimes he’s going to speak hard truths to people. When he sees an Indian Prime Minister or an Israeli Prime Minister or a Pakistani Prime Minister who’s acting unjustly towards minority populations in their own countries, he’s going to say something about it irregardless of the politics. Now come tell me about politics when there’s a moral cause at stake. Are people being treated unfairly and unjustly? And I think in Bernie Sanders you have somebody who speaks with moral clarity to that issue. It’s one of the reasons I believe he’d be a transformational President. Not just for domestic policies, but in building international bonds with people all across the world who will see in this person “yeah, I might disagree with him, I might not see things the same way, but I know he’s a person of authenticity who’s coming to these issues with a high degree of honesty and a person of high conviction. So that’s how I feel about that.

RK: With that being said Mr. Bloomberg mentioned India today about climate change and how he ducked the China question, whereas China’s 27 percent of CO2 emissions vs 7 percent for India, So i’m just trying to get where Bernie Sanders stands specifically with indian Americans. Because I talk to a lot of folks, Hindu, Muslim, Sikhs, and they feel disenfranchised from the Democratic party. And if Bernie Sanders is the nominee, are you going to lose people that 80%  voted for Hillary Clinton in 2016.

FS: You’re looking at a campaign that is seeking the support of Indian Americans and of people of communities that are not represented by our government right now. I would argue that despite the fact that Trump had a very large event at Houston that he does not represent or fight for the interests of immigrant populations here in America, including Indian Americans. And when you look at the future of the United States and the bond that it is creating with countries all over the world, I see a president who is very divisive, who only has relationships that are based off convenience or political benefit to him. It’s not based off of actual care, compassion, and understanding for people. No, it’s “If you can do something for you”. I don’t think that’s how we run foreign affairs, so I think it would be a mistake for a lot of these communities who are maybe saying “Donald Trump has said a nice thing about me”. It is worth a grain of salt. You look at the people that he throws out onto the streets, people that worked for him. Donald Trump has no loyalty to anybody. People who work for him, his Chief of Staff, his Defense Secretary, he runs them out because he has no loyalty to anyone. So it would be a mistake for any community, particularly the Indian American community to look at Donald Trump and say “He’s going to be an ally with me”. When push comes to shove he will push you off the train, he will not care about you. So if you’re looking for someone that really has a degree of compassion, some degree of character, some willingness to fight for people who are struggling, that’s Bernie Sanders.

RK: Trump does these grand gestures like Howdy Modi, is Sanders going to do something similar?

FS: Of Course, we are even in the way that we’ve built this campaign with Congressman Ro Khanna as a Co-Chair of this campaign, we are working hard to bring people into it. So I hope that everyone will see and appreciate and understand this is a campaign that is working hard to create a bigger tent.

FS: Like I said, if you’re looking for a President of the United States who you may disagree with, but you believe he’s honest with integrity and character, then you’re going to like Bernie Sanders.