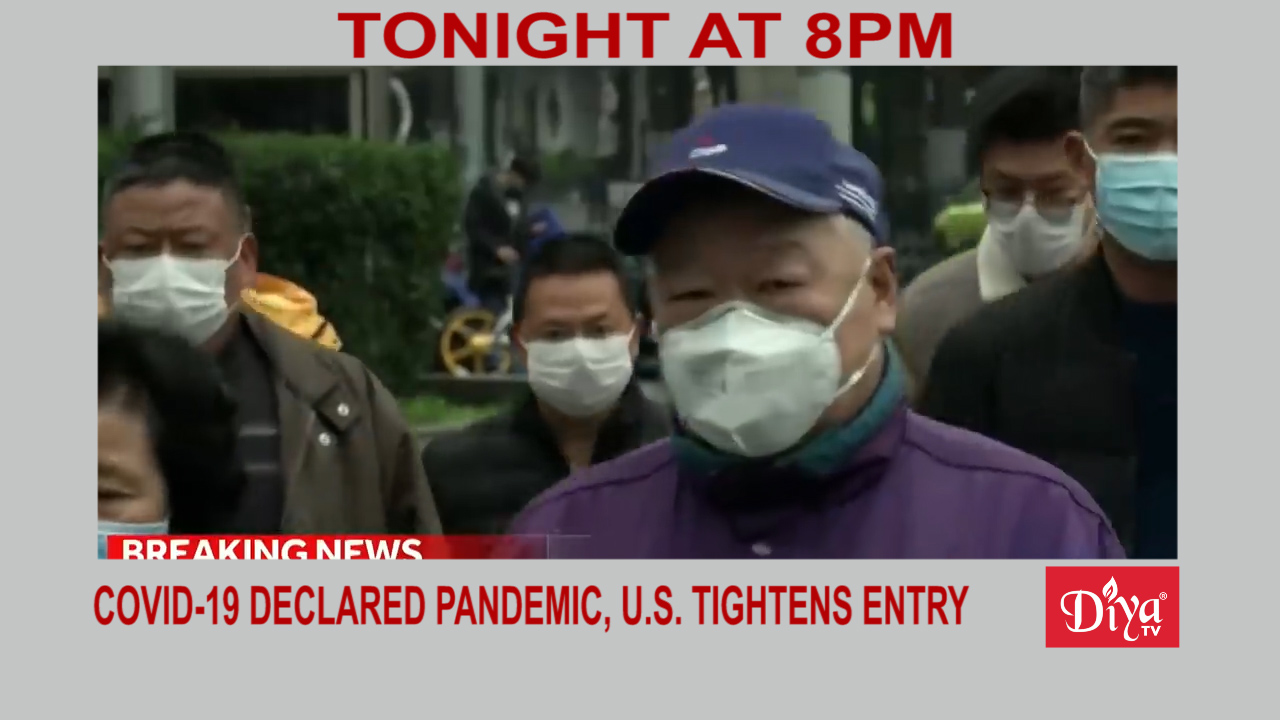 DETROIT (Diya TV)  — The impact of the coronavirus globally can no longer be denied and governments around the world are taking dramatic action. There are now more than 1,000 cases of Covid-19 in the United States, eight times more than a week ago. And as the virus continues to spread around the globe, both the United States and India are following the path of China and Italy, among other nations in tightening entry into their nations. The U.S. is banning all travel to and from Europe for 30 days with rare exception.

India is effectively suspending all visas and forcing foreign entrants to be quarantined for two weeks, a tactic that’s already being employed by China to stop the spread of the disease.

In a primetime announcement, President Trump announced emergency federal relief for individuals and businesses affected by the virus. While his announcement was meant to economic uncertainty, the stock market dropped severely again today and futures have dropped as well, with analysts indicating that this pandemic may have just triggered a full blown bear market, if not a recession.

Warren Drops Out, But Withholds Endorsement