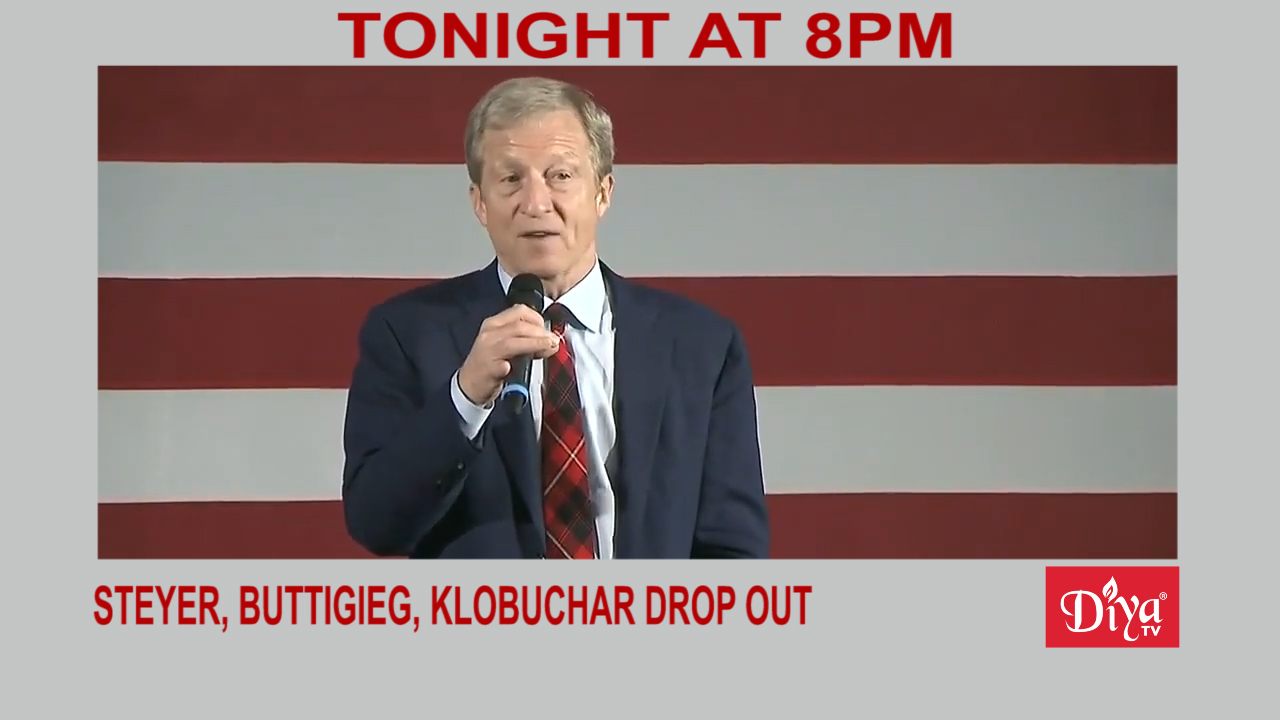 SOUTH BEND, Indiana (Diya TV)  — The path towards the Democratic nomination is clearer as Tom Steyer and Pete Buttigieg dropped out over the weekend after disappointing performances in South Carolina and no real path towards the Presidency. Their concessions could open things up for Joe Biden, who won the South Carolina primary handily, a major win that keeps his candidacy in play. Amy Klobuchar and Elizabeth Warren need strong showings on Super Tuesday to stay viable. Meanwhile, Michael Bloomberg said on ‘60 Minutes’ he will fight on through ‘Super Tuesday’ no matter the result. And Bernie Sanders is looking to have a breakout performance to solidify his frontrunner status.

Sanders spent his weekend criss-crossing the country to encourage folks to turn out for him in the 14 states on the docket Tuesday. In San Jose, Congressman Ro Khanna introduced the Vermont Senator and his wife before a raucous crowd Sanders’ called the loudest he had heard to that point. We spoke to California Assemblymember Ash Kalra about why Indian Americans should turn out to support Sanders despite President Trump’s strong overtures to the community.