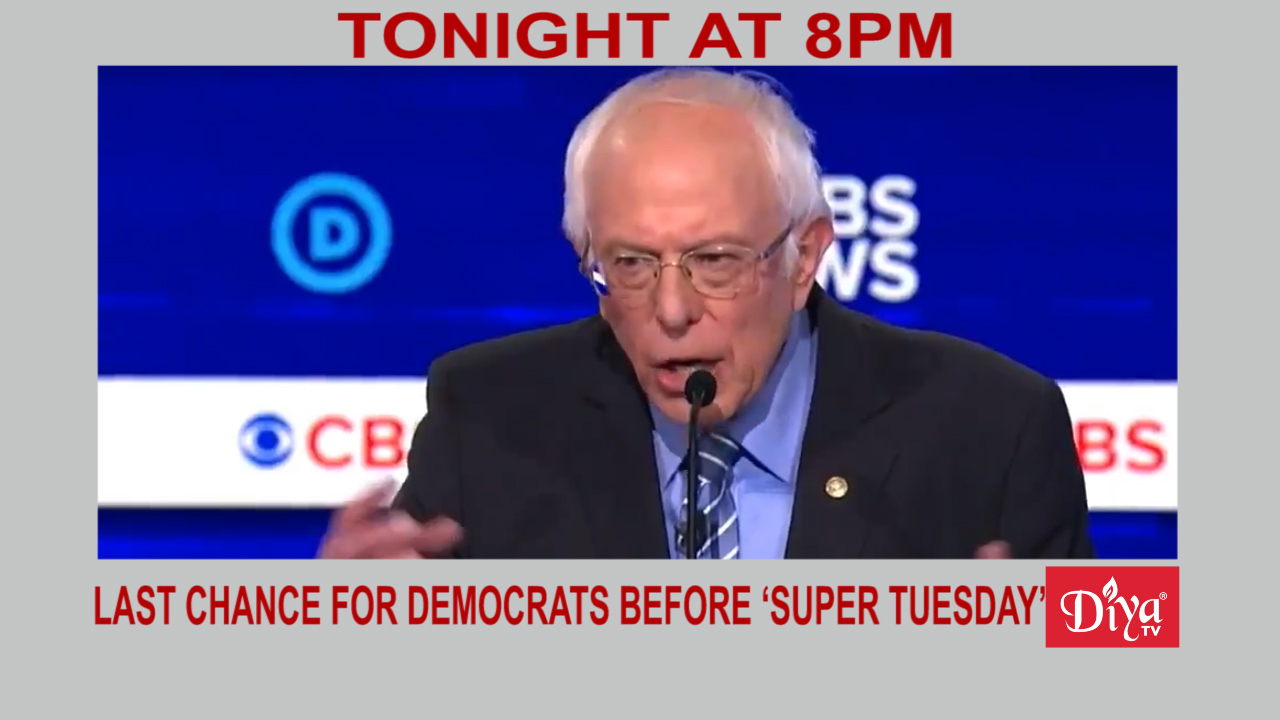 CHARLESTON, South Carolina (Diya TV)  — Seven Democrats battled it out for the last time before Super Tuesday in Charleston, South Carolina. Diya TV was there to talk to the respective campaigns after the debate, many of whom are trying to stay in the race.

During the Trump visit to India, Microsoft CEO Satya Nadella announced the “100 x 100 x 100” initiative in conjunction with TiE in India that will connect 100 Indian startups with 100 major companies to work on deals worth at least $100,000.

The Staples Center in Los Angeles was at capacity as thousands of people, including celebrities of all stripes, came to celebrate and memorialize the lives of Kobe and Gianna Bryant, who lost their lives along with 7 others in a tragic helicopter accident last month. The NBA stars’ widow Vanessa spoke publicly for the first time and has now filed a wrongful death lawsuit against the helicopter company.

Disney CEO Bob Iger, whose savvy dealmaking has increased the largess of the Mouse House tremendously, made a surprise decision to step down effective immediately. Taking over is Disney Parks chairman Bob Chapek. Iger will continue to serve as executive chairman through the end of 2021.