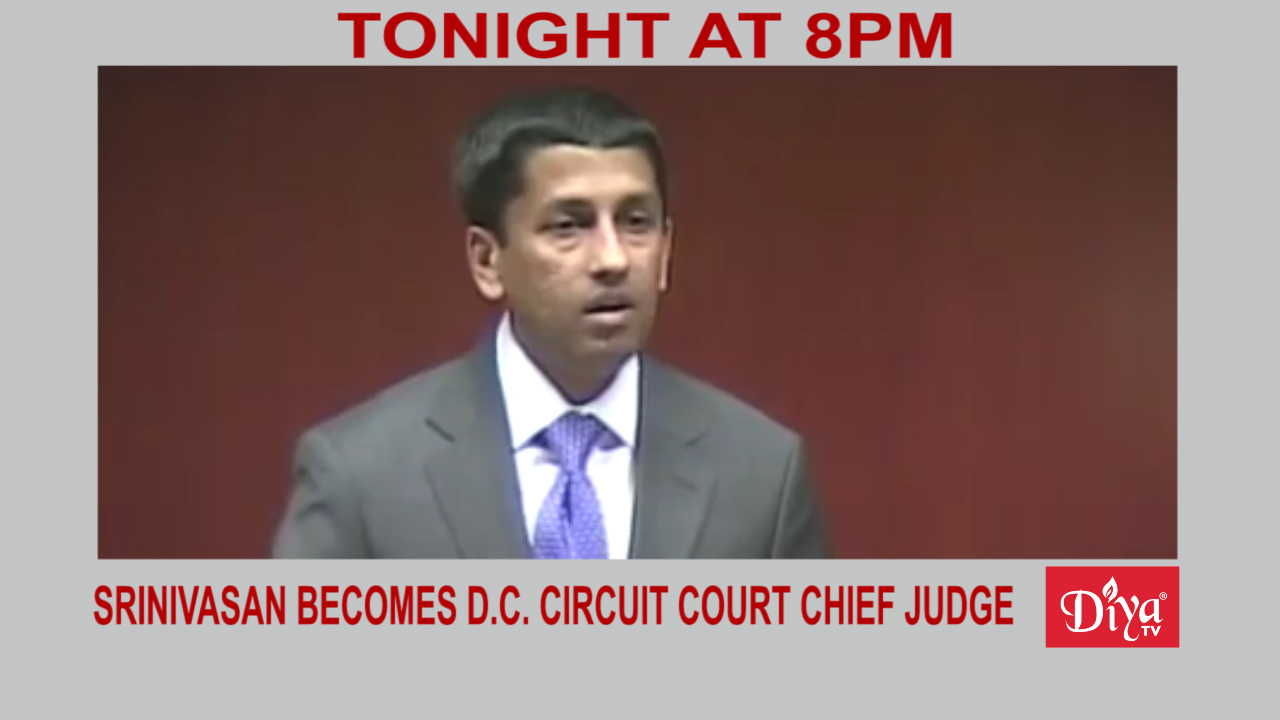 WASHINGTON (Diya TV)  — Judge Sri Srinivasan is now the Chief Judge of the United States Court of Appeals for the D.C. Circuit, which is regarded as the second most powerful court in America outside of the Supreme Court. He replaces Merrick Garland, who at 65 years old by rule, can no longer hold that position. The 52 year old Srinivasan becomes the first Asian American ever to serve as chief judge for a circuit court in the United States.

Manga Anantatmula (“Aa-nanta-moola”) announced she is running for Congress as a Republican, vying for the 11th Congressional District in Virginia, a seat that’s long been a Democratic stronghold. Anantatmula (“Aa-nanta-moola”) is a federal government defense contractor, who is known for battling discrimination of Indian Americans by Ivy League schools, claiming 25% more Indian American students were admitted in 2019 as a result of her efforts.

The Aam Aadmi Party (AAP) in New Delhi won a resounding 62 out of 70 seats in local Legislative Assembly elections, securing another term in office for Delhi Chief Minister Arvind Kerjriwal. While the BJP won eight seats, five more than the last election in 2015, the AAP win is seen as a rejection by many analysts of Prime Minister Modi’s policies in the city where he resides. The Congress Party, which ruled Delhi government from 1998 to 2013, failed to win even one seat.