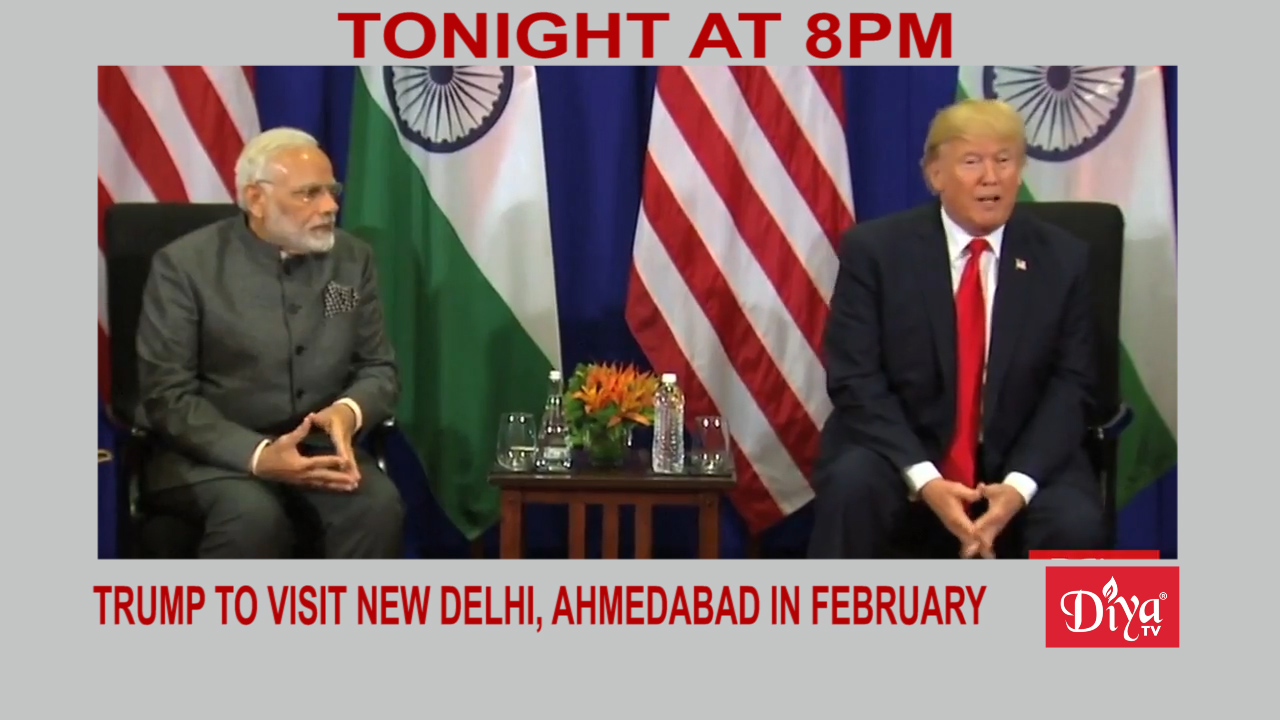 WASHINGTON (Diya TV)  — The White House announced President Trump and the first lady will travel to New Delhi and Ahmedabad, India, on February 24–25 to meet with Prime Minister Narendra Modi. The two democracies are deepening ties, especially militarily. A trade deal is expected to be announced. And President Trump will likely address a crowd in Ahmedabad along the lines of the Howdy Modi event in Houston last year.

While the count is ongoing, it appears the top two candidates from Iowa are again leading the Democratic pack in New Hampshire. Senator Bernie Sanders and Former Mayor Pete Buttigieg lead in this battle to pick up 24 delegates. While Senator Elizabeth Warren and former Vice President Joe Biden do not appear to have enough votes to pick up any. Entrepreneur Andrew Yang announced after the results started to come in that the ‘math’ was not in his favor, and thus he is suspending his campaign.

North Dakota Senator Kevin Cramer met with India’s Consul General in Chicago Sudhakar Dalela to talk about expanding India’s ties with North Dakota, in everything from agriculture and energy to immigration and national security policy.