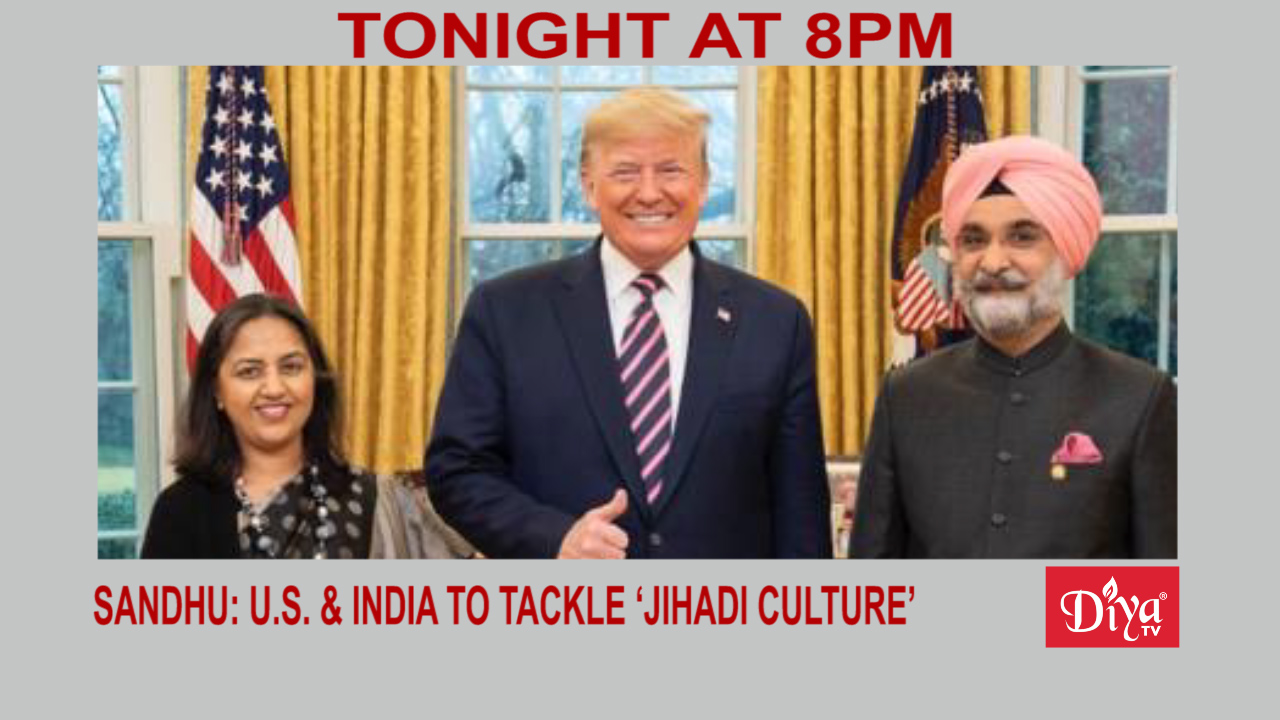 WASHINGTON (Diya TV)  — The new Indian Ambassador to the United States Taranjit Singh Sandhu at a reception in his honor said there’s “unlimited potential” in US-India relations, adding “the United States and India will stand shoulder to shoulder and face all the problems, whether it’s on the terrorism front or on the Jihadi culture, which is invading the world over.”

The Oscars, which has long been criticized for its lack of diversity, took a major step forward when the Academy awarded South Korean film “Parasite” with Academy Awards for Best Picture, Best Director, Best Original Screenplay and Best Foreign Language Film. It’s the first time in the 90 year history of the awards the best film was in a language other than English. Indian American actors Mindy Kaling and Utkarsh Ambudkar were presenters on stage, with Ambudkar winning praise for his freestyle rap recap of the awards.

And while best short documentary nominee ‘St. Louis Superman’ by Smriti Mundhra and Sami Khan did not win, they were among the growing contingent of Desis celebrating Oscar night in Hollywood. Even famed attorneys Neal Katyal and Preet Bharara made an appearance at the Vanity Fair party.