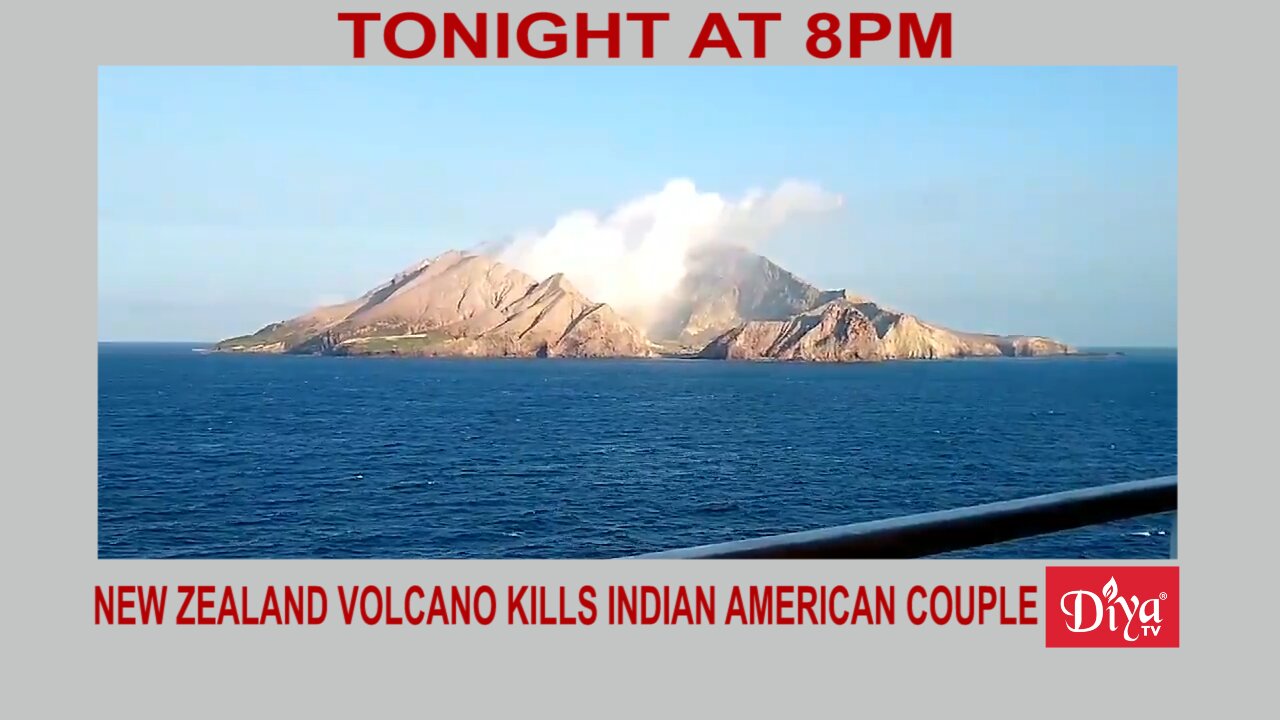 WHITE ISLAND, New Zealand (Diya TV)  — An Indian American couple both died from injuries suffered in a New Zealand volcanic eruption. Pratap Singh battled for 50 days before dying from his burns. His wife Mayuari died at the same Auckland hospital five weeks earlier. Known as Paul and Mary, the Atlanta-area couple were among the 21 people killed, with scores of others injured. They leave behind twin 6-year-old girls and an 11-year-old boy.

Coming off a highly contested and disputed Iowa Caucus, Democratic Presidential candidates took the stage in New Hampshire to bolster their respective campaigns with just about a month left until the Super Tuesday primary.

With the impeachment trial now over, two administration officials who testified in the proceedings in the House of Representatives were fired. Lieutenant Colonel Alexander Vindman, who was the Director for European Affairs for the National Security Council and U.S. Ambassador to the European Union Gordon Sondland were central figures in the impeachment trial against President Trump. They were terminated along with Vindman’s twin brother Yevgeny, who is also a Lieutenant Colonel serving in the White House.

WASHINGTON (Diya TV)  — India confirmed they will fulfill the order the U.S. made for hydroxychloroquine, just a couple of days after they banned all exports of the malaria treatment without exception. President Trump and Prime Minister Modi spoke about keeping the supply chain intact over the weekend. And India says the U.S. purchase was approved before President Trump said there would be ‘retaliation’ if the drug was not released, medicine that is being used to treat coronavirus patients without definitive evidence it works. India says they have enough hydroxychloroquine stock for its people today, but reserves the right to hold back the supply if their COVID-19 caseload increases.

One day after he defended firing Captain Brett Crozier from command of the USS Theodore Roosevelt by calling him “stupid,” Acting Navy Secretary Thomas Modly resigned. Modly was severely criticized for firing Crozier, after the captain wrote an alarming letter seeking faster assistance for his sailors exposed to COVID-19 on board, a letter that was leaked to the press.

WASHINGTON (Diya TV)  — President Trump spoke to Prime Minister Modi over the weekend about how the two nations would combat the coronavirus, with a focus on ensuring the supply chain for pharmaceuticals and medical goods continues. But at a press conference, when informed India had banned the export of the drug hydroxychloroquine “without any exceptions,” Trump threatened retaliation. Hydroxychloroquine is typically used to treat malaria, but some COVID-19 patients have found it helpful. And the President has been touting it during his press conferences, without a clinical trial proving if it is indeed effective. India provides nearly half of America’s supply of the medicine. It is not clear whether India’s ban would apply to orders already placed.

Prime Minister Modi called on his nation to unite in the battle against COVID-19 by lighting diyas for 9 minutes at 9 pm Sunday night. Millions of people around India took part, which is now entering its third week of being mandated to stay at home to stop the spread of the virus.