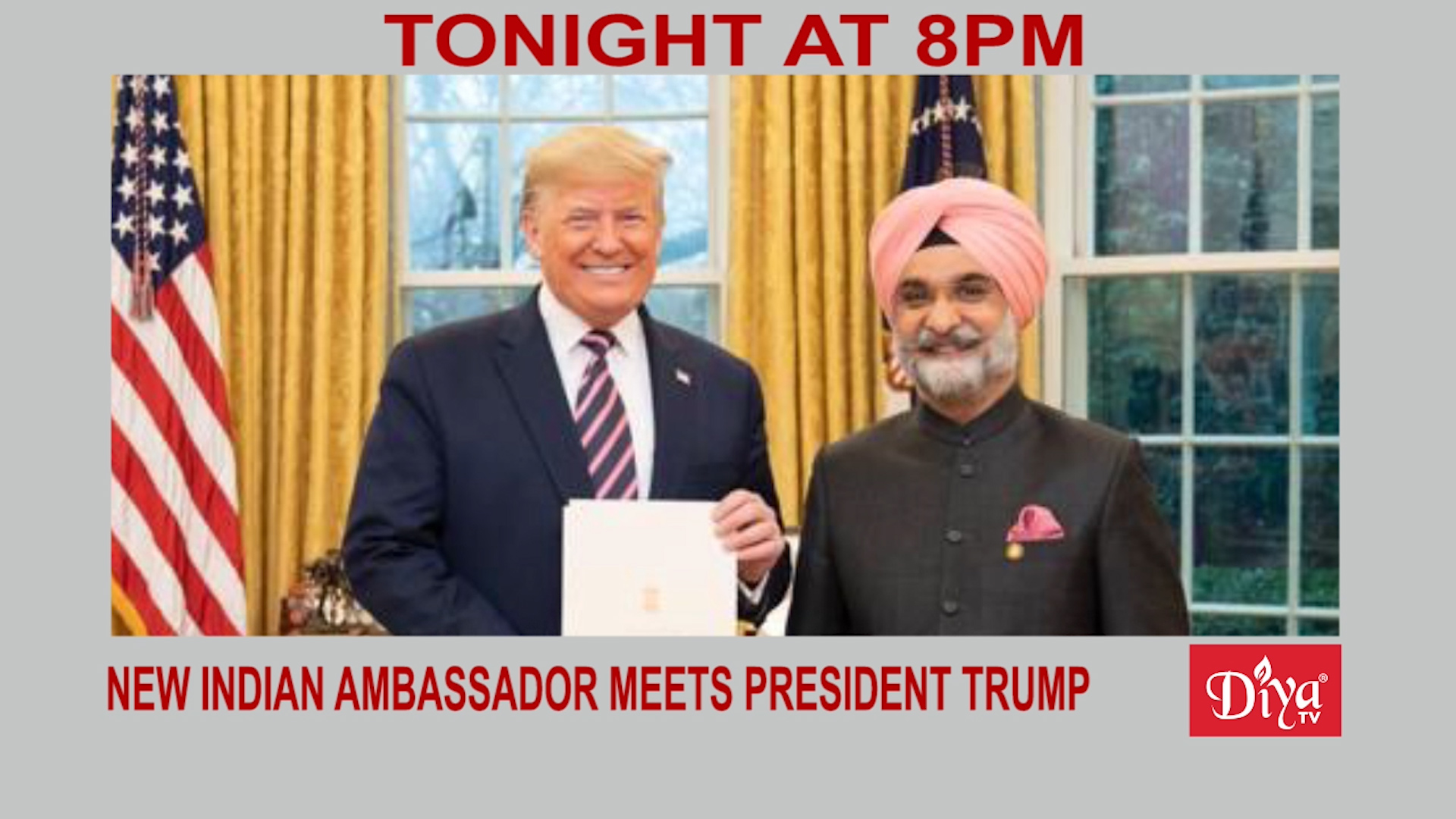 WASHINGTON (Diya TV)  — The new Indian Ambassador to the United States Taranjit Singh Sandhu met with President Trump in the Oval Office. Sandhu presented his credentials to Trump, who is expected to visit India later this month.

A Chinese doctor who issued an early warning about the coronavirus to the chagrin of Chinese authorities has died of the ailment himself. Dr. Li Wenliang was only 34 and an ophthalmologist at Wuhan Central Hospital. The Coronavirus has infected more than 28,000 people globally, killing at least 560.

And there was a touching gesture of humility at TiECon Mumbai where Infosys co-founder Narayana Murthy sought blessings from Tata Chairman Emeritus Ratan Tata.