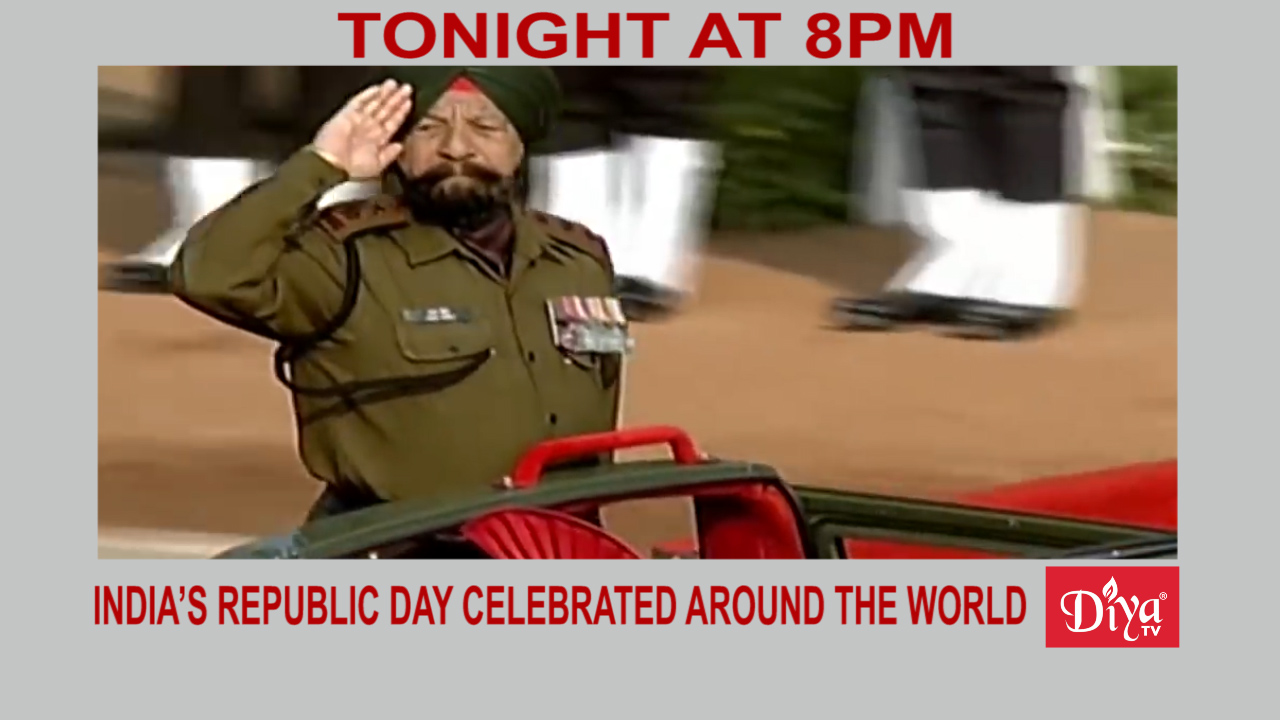 NEW DELHI (Diya TV) — India held massive celebrations for Republic Day, a day to mark the signing of the Indian Constitution in 1950, featuring floats and a military parade. The revelry extended to the U.S. as well, where Indian Americans also took part in events held by Indian consulates, like this gathering in San Francisco.

Those against the Indian government’s new Citizenship Law took the occasion of Republic Day to demonstrate, the largest gathering of which was in Washington, DC, where hundreds of people took to the streets.

President Trump’s impeachment trial continued, with his defense team deeming the House Articles of Impeachment as an abuse of the Constitution and a partisan game. Meanwhile, Trump’s former National Security Advisor John Bolton revealed in his new book Trump withheld aid to Ukraine until the country would investigate his political opponents, Joe and Hunter Biden. This revelation has Democrats demanding Bolton testify.

And retired Los Angeles Lakers legend Kobe Bryant died tragically in a helicopter crash in Southern California. He was only 41, losing his life alongside 8 others including his teenage daughter.