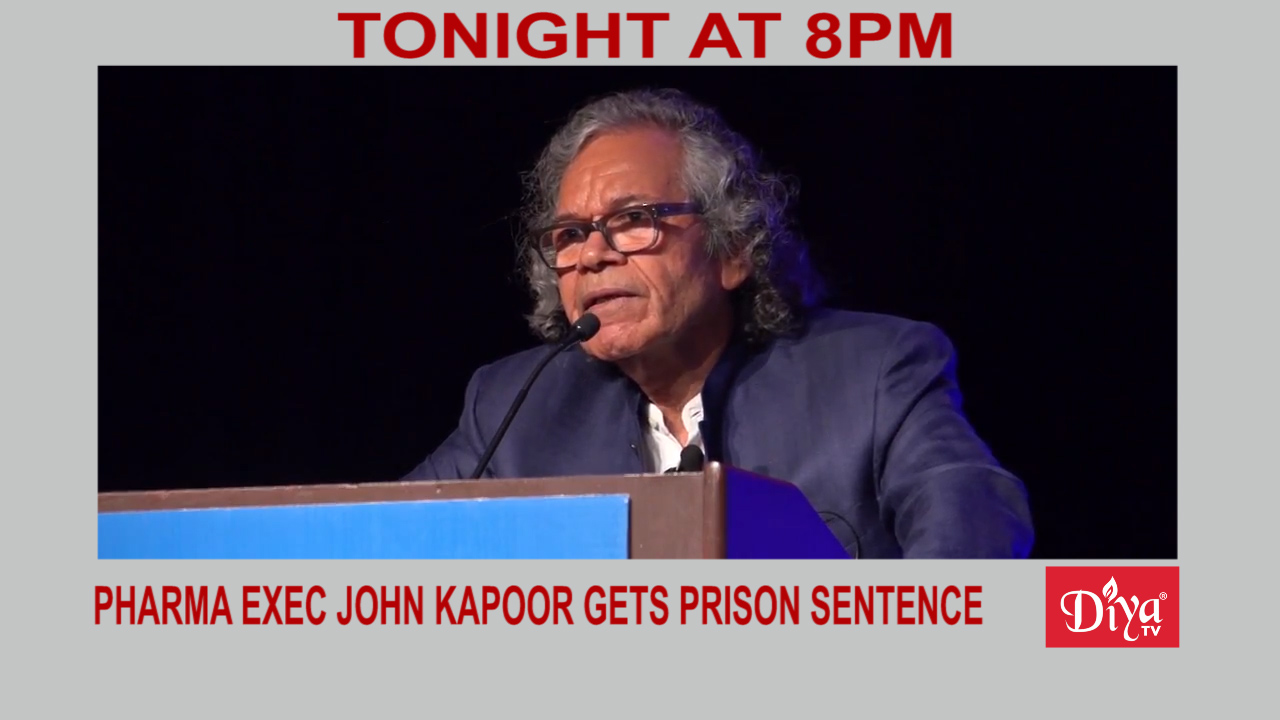 BOSTON (Diya TV)  — Former billionaire CEO John Kapoor was sentenced to 66 months in prison, the culmination of a criminal trial in Boston resulting in the first successful prosecution of a pharmaceutical executive tied to the opioid epidemic. The 76-year-old founder of Insys Therapeutics made the potent opioid painkiller Subsys.

Senators reconvened in the Capitol for the third day of President Trump’s impeachment trial. House Democrats argued the president abused his power by pressuring Ukraine for his own personal gain, often playing video of Trump speaking publicly to make their point.

Pakistani Prime Minister Imran Khan at the World Economic Forum in Davos said Osama bin Laden was able to find refuge in Pakistan because groups like Al Qaeda were viewed as “heroes” rather than terrorists. In May 2011, bin Laden was killed by US Special Forces in Pakistan, near one of their military bases.

India is considering incentives to woo Apple and Samsung’s suppliers to open factories in the country.

WASHINGTON (Diya TV)  — India confirmed they will fulfill the order the U.S. made for hydroxychloroquine, just a couple of days after they banned all exports of the malaria treatment without exception. President Trump and Prime Minister Modi spoke about keeping the supply chain intact over the weekend. And India says the U.S. purchase was approved before President Trump said there would be ‘retaliation’ if the drug was not released, medicine that is being used to treat coronavirus patients without definitive evidence it works. India says they have enough hydroxychloroquine stock for its people today, but reserves the right to hold back the supply if their COVID-19 caseload increases.

One day after he defended firing Captain Brett Crozier from command of the USS Theodore Roosevelt by calling him “stupid,” Acting Navy Secretary Thomas Modly resigned. Modly was severely criticized for firing Crozier, after the captain wrote an alarming letter seeking faster assistance for his sailors exposed to COVID-19 on board, a letter that was leaked to the press.

WASHINGTON (Diya TV)  — President Trump spoke to Prime Minister Modi over the weekend about how the two nations would combat the coronavirus, with a focus on ensuring the supply chain for pharmaceuticals and medical goods continues. But at a press conference, when informed India had banned the export of the drug hydroxychloroquine “without any exceptions,” Trump threatened retaliation. Hydroxychloroquine is typically used to treat malaria, but some COVID-19 patients have found it helpful. And the President has been touting it during his press conferences, without a clinical trial proving if it is indeed effective. India provides nearly half of America’s supply of the medicine. It is not clear whether India’s ban would apply to orders already placed.

Prime Minister Modi called on his nation to unite in the battle against COVID-19 by lighting diyas for 9 minutes at 9 pm Sunday night. Millions of people around India took part, which is now entering its third week of being mandated to stay at home to stop the spread of the virus.