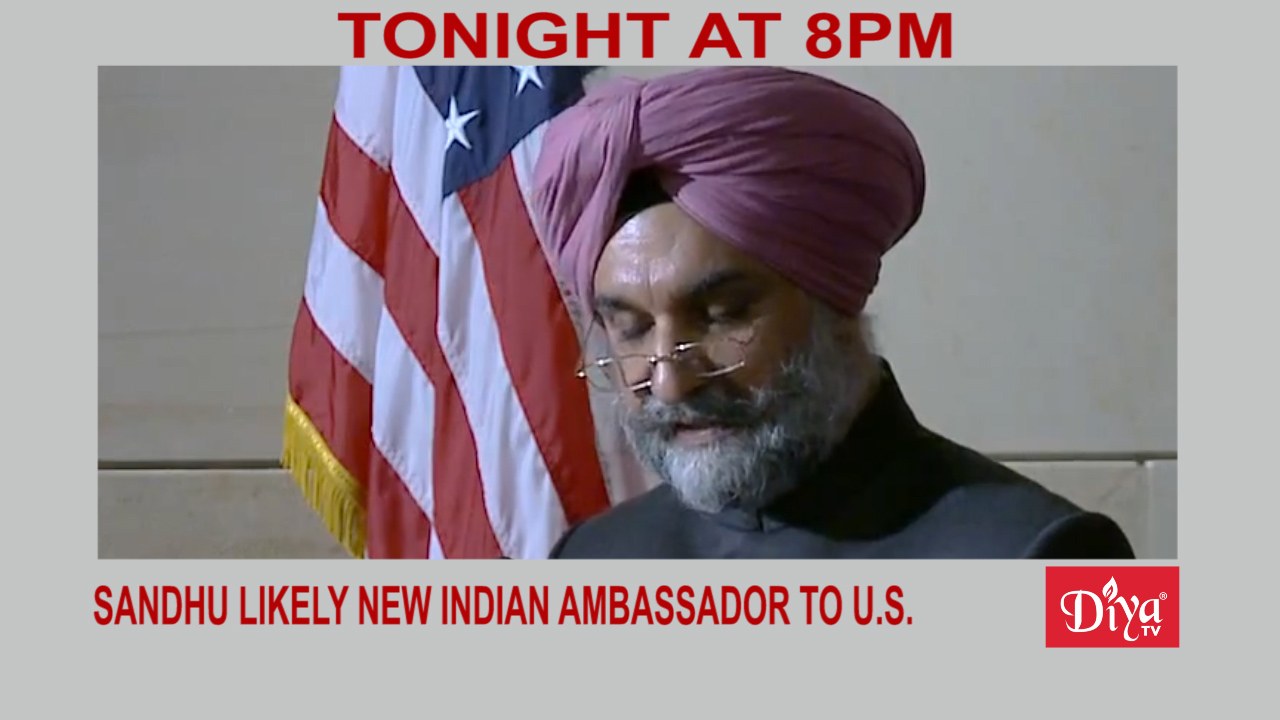 NEW DELHI (Diya TV)  — It’s not official yet, but multiple reports indicate the next Indian Ambassador to the United States is likely to be Taranjit Singh Sandhu. He would replace Harsh Shringla, who is becoming India’s Foreign Secretary at the end of the month. Sandhu is no stranger to the U.S.-India relationship, having been involved in bilateral discussions stemming back to the late 90’s when the U.S. applied sanctions on India for conducting nuclear tests. He is currently High Commissioner to Sri Lanka & 32 year member of the Indian Foreign Service.

China, a strong ally to Pakistan, is once again looking to hold a session on Kashmir at the United Nations Security Council. France opposed the move saying ‘the Kashmir issue must be settled bilaterally’ between India and Pakistan. And India criticized the effort, saying Pakistan should stop sheltering terrorists if they want improved relations with India.

Meanwhile, Russia is backing India to have a permanent seat on the UN Security Council, a move that China has historically opposed.