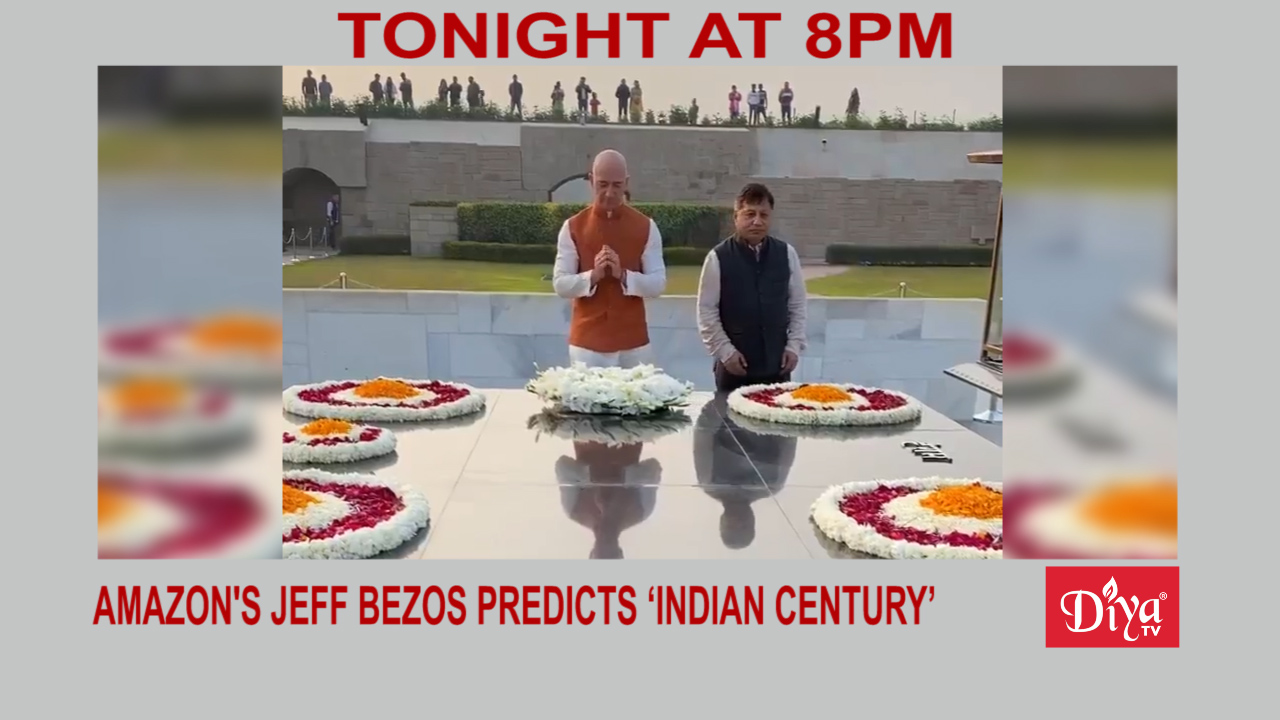 NEW DELHI (Diya TV)  — Amazon CEO Jeff Bezos is on a charm offensive in India, visiting the subcontinent for the first time in six years. Bezos announced an additional $1 billion investment in India over five years to help 10 million Indian small businesses sell online. On stage, Bezos predicted that “the 21st century is going to be the Indian century.“

But outside, protesters told Bezos to go back home, saying 100,000 small retailers had been driven out of business thanks to Amazon and Flipkart in the last four months alone.

The House voted to officially send articles of impeachment to the Senate, assigning seven managers to oversee the task, led by Congressman Adam Schiff.

Puri was left with injuries to her throat, a broken shoulder and a black eye, according to prosecutors.

Lamb was indicted on hate crime charges in light of comments he made about Puri’s Indian nationality, expressing a desire to rid America of people like her.

And an American couple who spent months planning a destination wedding in Kerala, only to find out it couldn’t take place because of an impromptu visit to the same hotel by India’s President Ram Nath Kovind, was able to proceed when the President loosened up his security protocol to accommodate the newlyweds when they asked him for help on Twitter.

Trump meets Shringla before his return to India