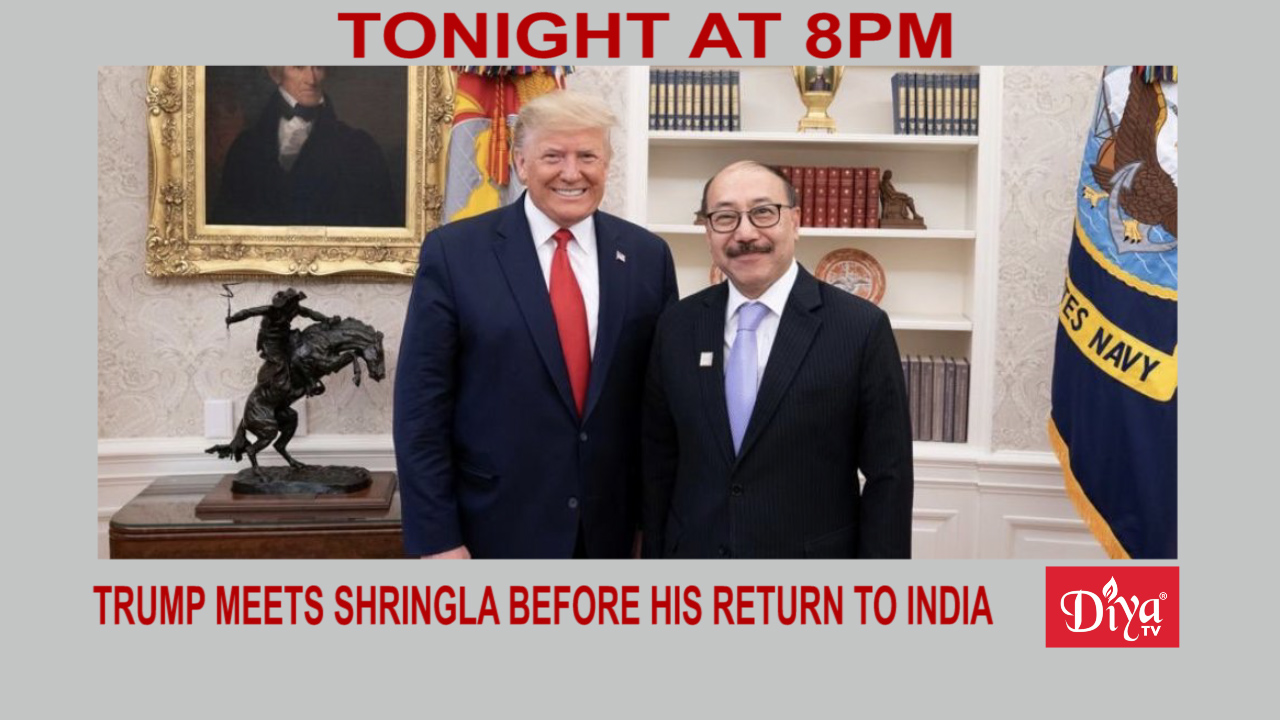 WASHINGTON (Diya TV)  — Outgoing Indian Ambassador to the U.S., Harsh Shringla met with President Trump in the Oval Office at the White House before his departure for New Delhi. Political analysts say its a measure reserved only for a select few outgoing envoys, demonstrating the weight paid to the U.S.-India relationship. Shringla will be the next Foreign Secretary of India.

A newly-opened Sikh temple in Orangevale, California, near Sacramento, was targeted by racist graffiti. Someone drew a swastika and writing “white power” in spray paint on a sign in front of the building. Investigators have not labeled it a hate crime, but are investigating it as one. FBI’s data says Sikhs are the third-most commonly targeted religious group since 2017.

Two years ago, Byju’s, the education app wasn’t even a unicorn. Now it’s worth $8 billion after raising $200 million from Tiger Global, making Byju India’s third most valuable startup behind Paytm and Oyo.