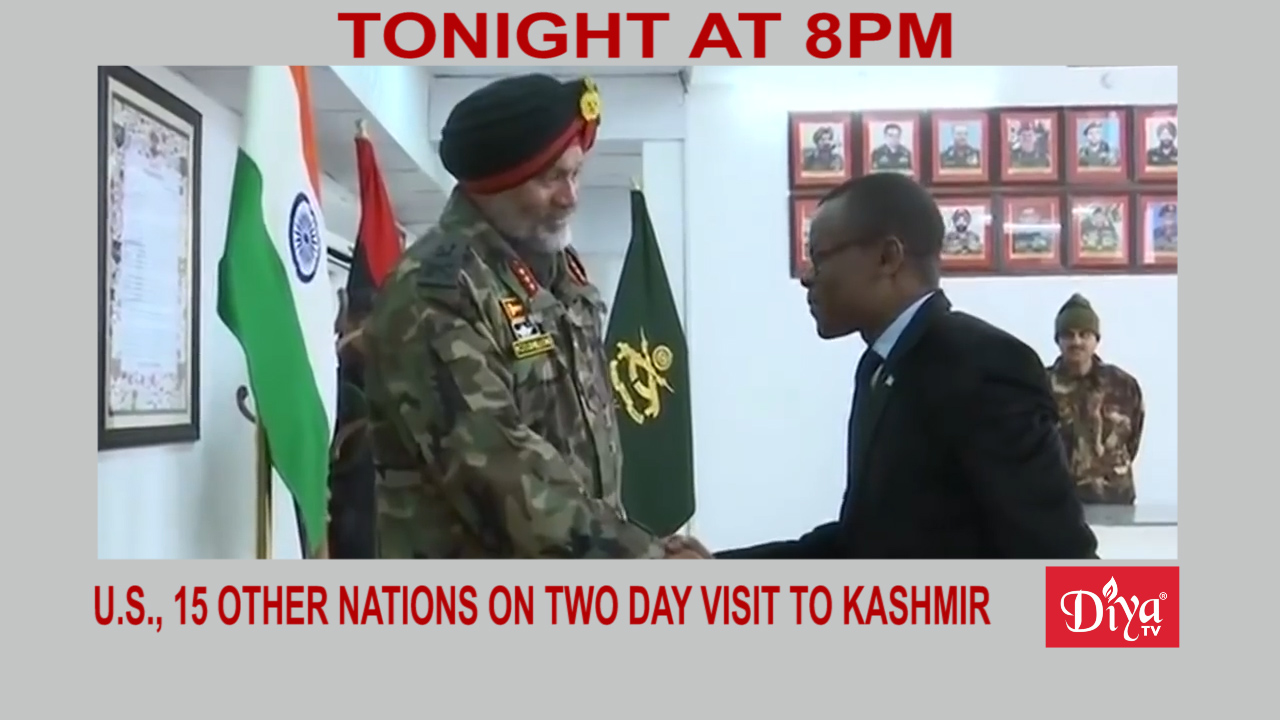 SRINAGAR, India (Diya TV)  — The US Ambassador to India and dignitaries from 15 other countries are in Srinagar on a two-day visit to Jammu and Kashmir. It’s the first visit by diplomats since India changed its constitutional approach to the region last August. India says the discussions are free and frank, with nothing off limits. But the tour is guided and opposition leaders in the Congress Party say the exercise by the ruling BJP is “farcical.”

On January 9, 1915, Mahatma Gandhi returned to India from South Africa. To honor the most famous Indian to leave the subcontinent only to return, Pravasi Bharatiya Divas is being celebrated to mark the contributions of the overseas Indian community in India’s development.

Related Topics:featuredGandhiIndiaJammuKashmirMalappuramPravasi Bharatiya Divas
Up Next