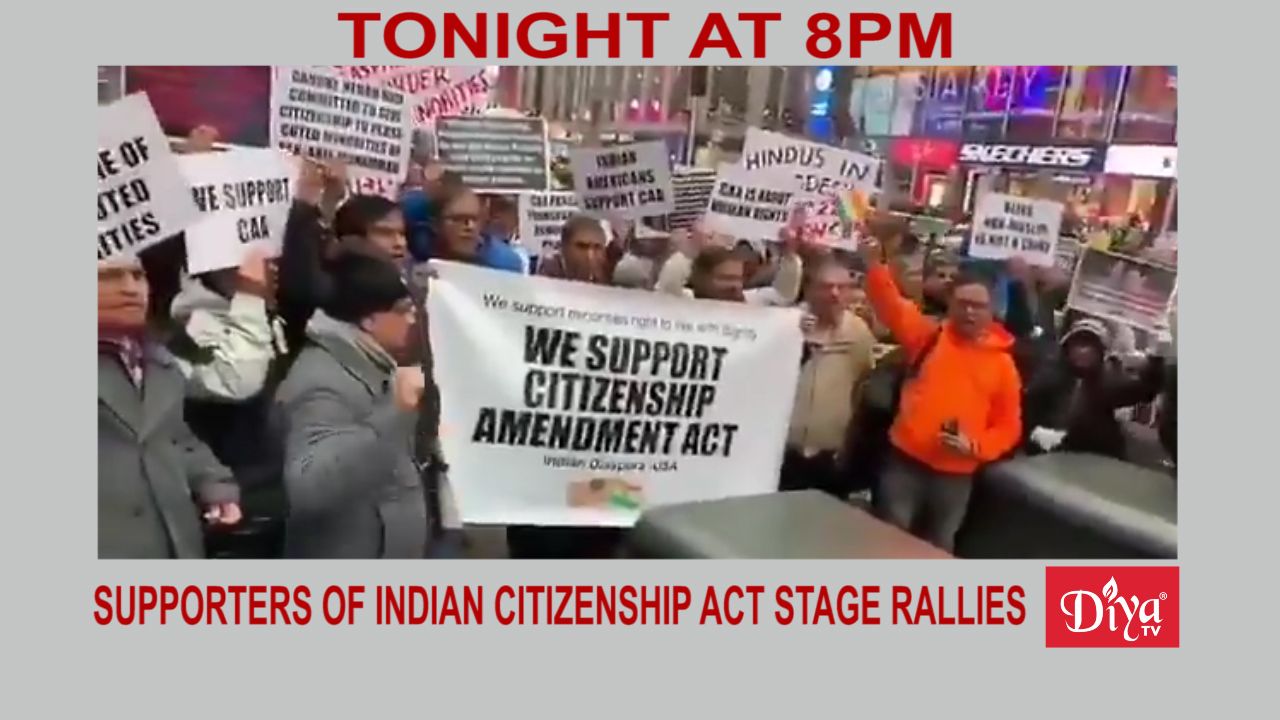 NEW YORK (Diya TV)  — Members of the Indian diaspora held rallies in different cities around the U.S. to show support for the embattled new Indian Citizenship Act, including in New York’s Times Square. Protestors say the narrative over the amended law ignores millions of people who have been persecuted because of their religion and now their effort in the New Year is to work with the U.S. Congress to improve understanding about why this amendment supports human rights.

India’s national air carrier Air India is struggling financially and may only have six more months to operate, according to aviation analysts. There are suitors for the airline, including IndiGo and Etihad Airways, but they will likely have to take on the airline’s enormous debt.

The battle for Indian eyeballs is ramping up and it’s not just Silicon Valley after them. In 2018, as many as 44 of the top 100 Android apps in India were developed by Chinese firms. But things changed in 2019, as Indian developers now encompass 41% of the top 200 apps, up from 38% a year ago. India is currently home to more than 450 million smartphone users.