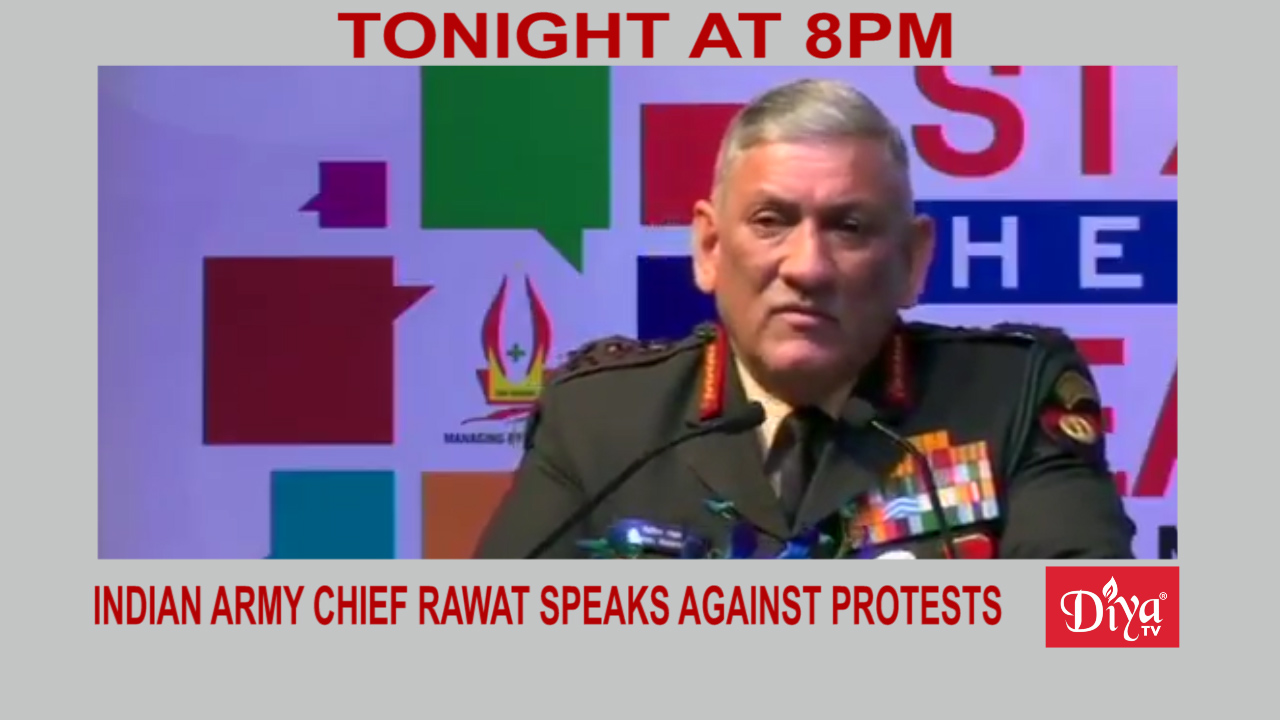 NEW DELHI (Diya TV)  — As protests against India’s new citizenship law continue, Indian Army Chief General Bipin Rawat spoke out against the undercurrent of violence that has left property destroyed and damaged and put the lives of police forces at risk. Meanwhile, claims of police brutality against protestors are rising, as clashes escalate in cities all over India.

One of two men attempting to rob an Indian-owned convenience store in the Bay Area was shot and killed by a store clerk, who happens to be a veteran of the U.S. Air Force. Kamal Sandhu is the owner of Kam’s Market in Bay Point, California, site of a dramatic robbery caught on tape that was stopped by his clerk, Air Force veteran Mark Kasprowicz. Kasprowicz received 12 stitches in his head at the hospital following the attack, but came back to work the next day. Another suspect is still at large.