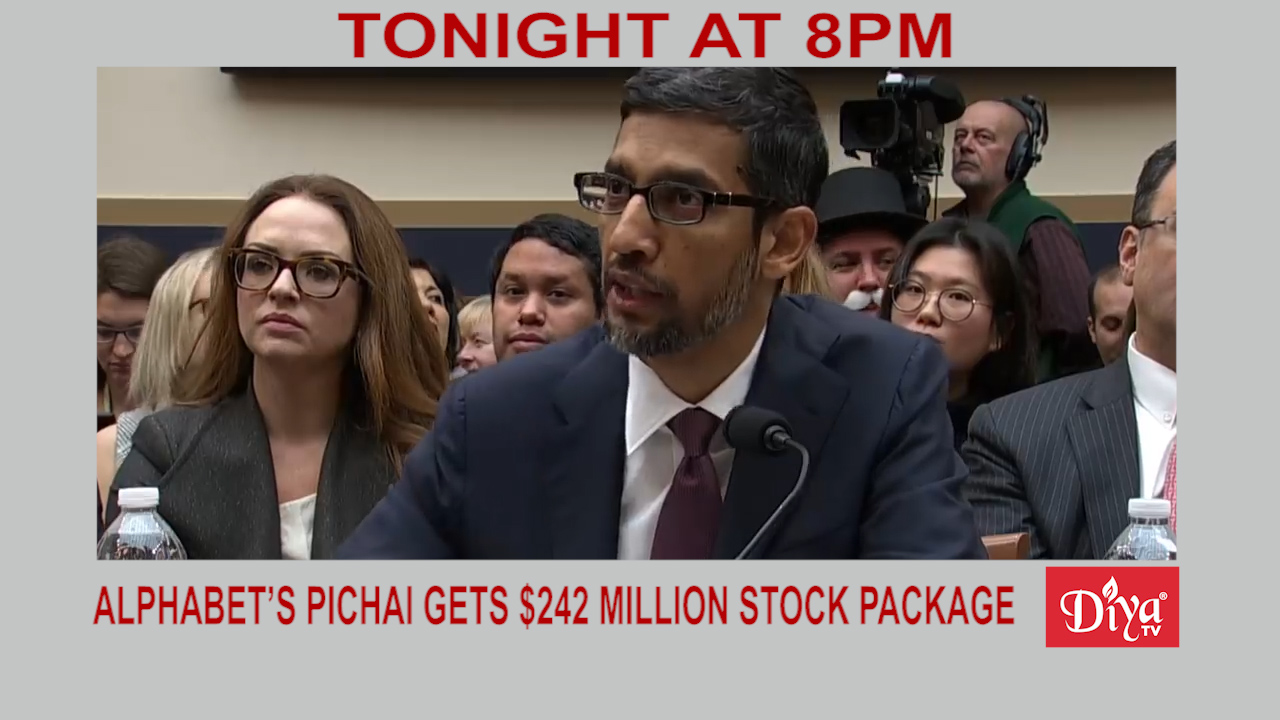 BELLINGHAM, Wa. (Diya TV)  — Sundar Pichai, who recently added the title of CEO of Alphabet as well as Google, is getting very handsomely compensated to run the Internet juggernaut. New SEC disclosures filed by Alphabet say Pichai will get $2 million in salary annually and a $240 million stock package, $90 million of which is tied to Alphabet’s performance.

Krishna Bansal, an entrepreneur with ties to the Republican Hindu Coalition, announced he is running for Congress in Illinois’ 11th district, serving suburban Chicago.

The National Science Foundation (NSF) is a federal government agency that supports research and education in all the non-medical fields of science and engineering.