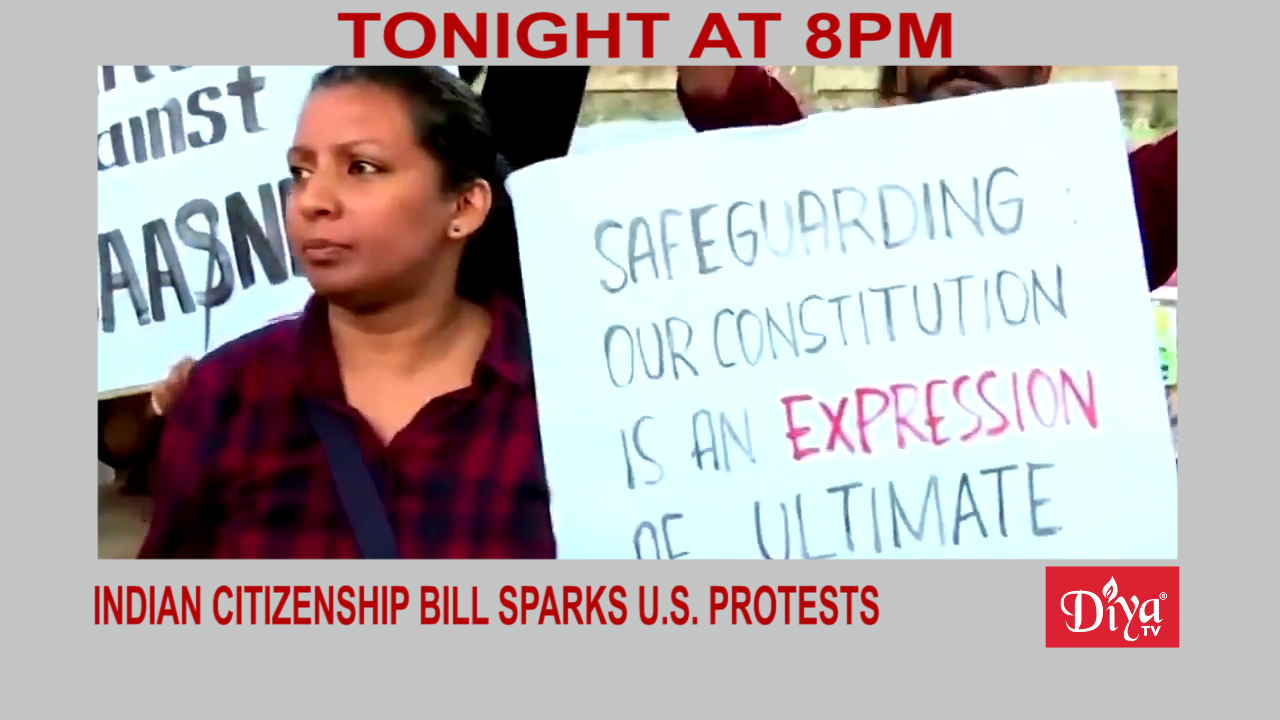 WASHINGTON (Diya TV)  — As the fallout continues in India over the newly passed Indian Citizenship Bill, protests over the law are now spreading to the United States. Earlier in the week, college campuses got into the act. Now, over the course of the week, protests are planned for Washington, DC, Toronto, Chicago, Austin, Philadelphia, Seattle, New York City and San Francisco.

A 57 year old Sikh man, Baljeet Sidhu, says he was attacked in Richmond, California by a man asking him for a cigarette lighter and money after he parked his taxi cab.

When Sidhu refused, he says he was hit with a barbeque pan by the stranger who still has not been identified. A nearby security guard intervened to stop the attack. There is no suspect description at this time, but police believe surveillance video may have caught the attack. Sidhu would like to see the assailant charged with a hate crime.

The U.S. and India, who are working together on military projects, announced economic growth as well. In 2018, bilateral trade between the nations was $142 billion, up 13% from the prior year.