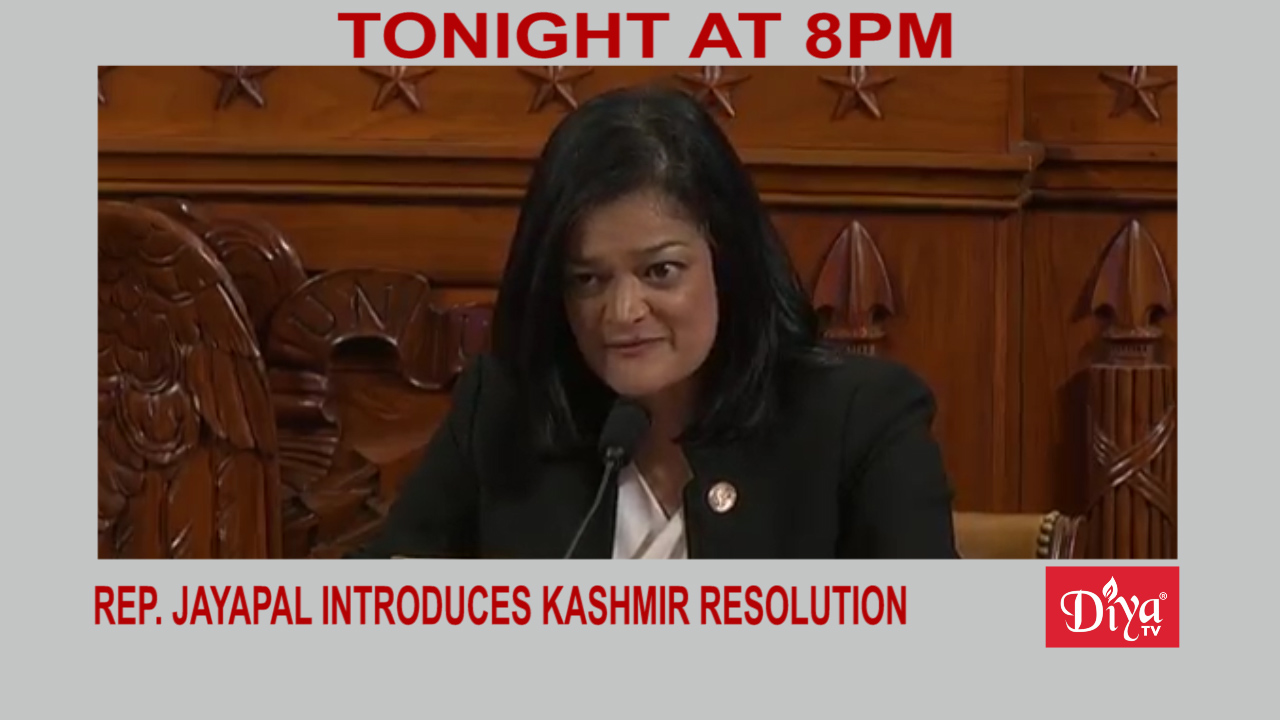 WASHINGTON (Diya TV)  — Democratic Seattle Congresswoman Pramila Jayapal introduced bipartisan legislation in the House asking India to preserve religious freedom for all, reopen all communications & release those detained without charge in Jammu & Kashmir. Jayapal also celebrated the release of Dr. Mubeen Shah, a Kashmiri business leader who was detained, she was instrumental in helping. Meanwhile, the Indian government announced there is no movement restriction in Jammu & Kashmir, transportation services are normal, as are schools, government offices and courts. In addition, India says all landlines have been restored throughout the region, but broadband continues to be limited on mobile devices in Kashmir.

A 23 year old woman who was set on fire in Uttar Pradesh while heading to testify against her alleged rapists died in a New Delhi hospital burn unit. Police have the five suspects allegedly involved in the attack in custody.