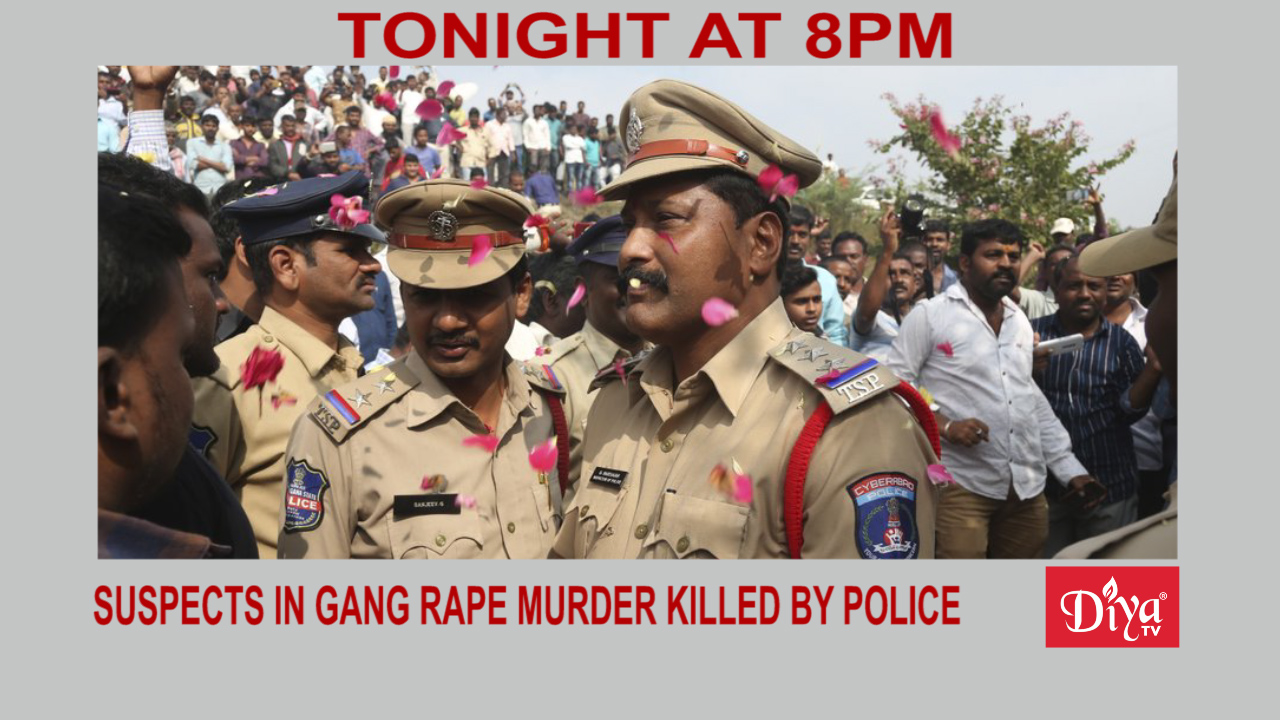 Hyderabad, India (Diya TV)  — Four suspects in the rape and murder of a 27-year-old veterinarian in Hyderabad were killed by police, who claim the four men were shot in self-defense. The action is drawing praise from the family of the victim but criticism from some lawmakers and civil rights groups.

Protests erupted in India this week seeking justice for this latest victim of sexual assault. Earlier in the week, a 23-year-old woman in Uttar Pradesh heading to testify against a man who allegedly raped her multiple times was set on fire by a group of five men she says included her rapist, who was free on bail. She remains in critical condition.

In a terse letter denouncing impeachment proceedings, The White House signaled it does not intend to mount a defense of President Trump or otherwise participate in the House impeachment hearings. The decision by the administration likely accelerates the pace of impeachment. Hearings continue Monday.