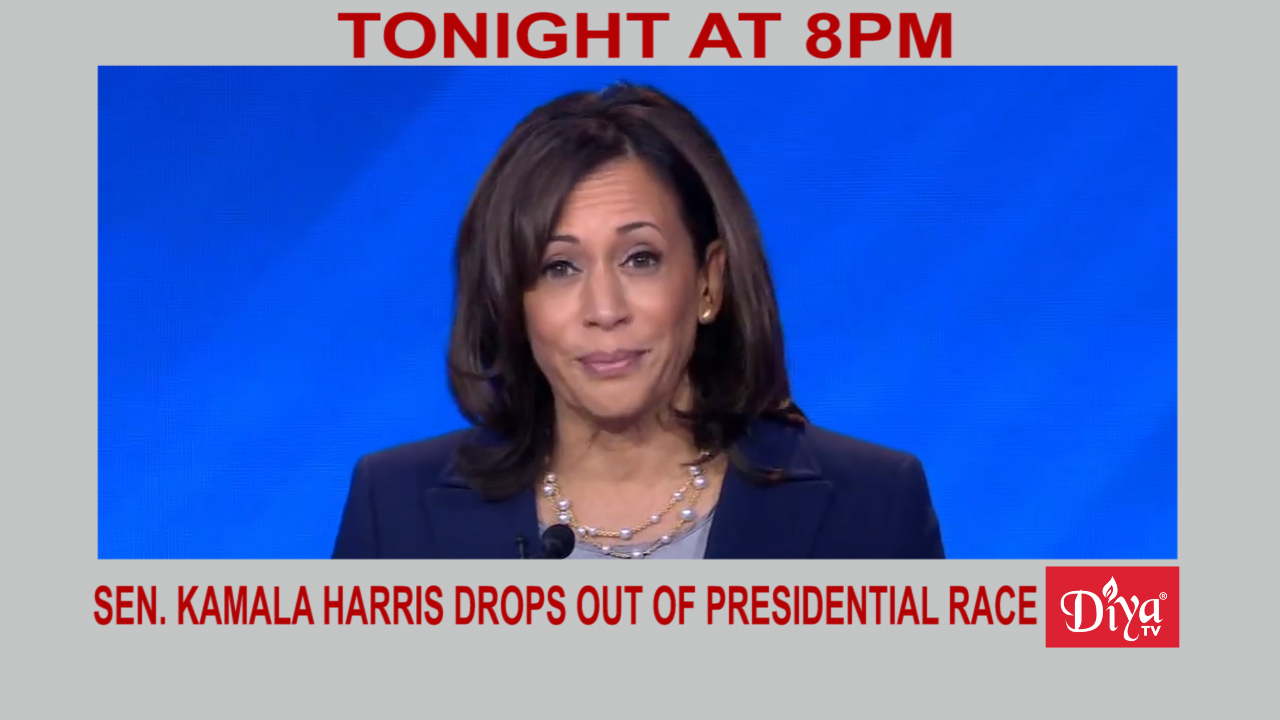 WASHINGTON (Diya TV)  — In a surprise announcement, California Senator and one of the leading Democratic Presidential contenders, Kamala Harris, suspended her campaign, citing a shortfall of funds needed to compete in a race that now features billionaire candidates Michael Bloomberg and Tom Steyer, not to mention President Trump. Harris, who is of Indian and Jamaican descent, said it was “one of the hardest decisions of her life.”

Google CEO Sundar Pichai is taking the reins of Alphabet as well, Google’s parent company that encompasses a multitude of businesses including venture capital funds and self driving cars initiatives. Google Founders Sergey Brin and Larry Page will continue to serve on the Alphabet Board of Directors.

The driving force behind many of Uber’s innovations is stepping down. Chief Product Officer Manik Gupta is resigning after four years with the company, the latest senior executive to leave as the company struggles to turn a profit.

And Supreme Court attorney and professor Neal Katyal’s book “Impeach: The Case against Donald Trump” is on bookshelves and is already a best-seller.