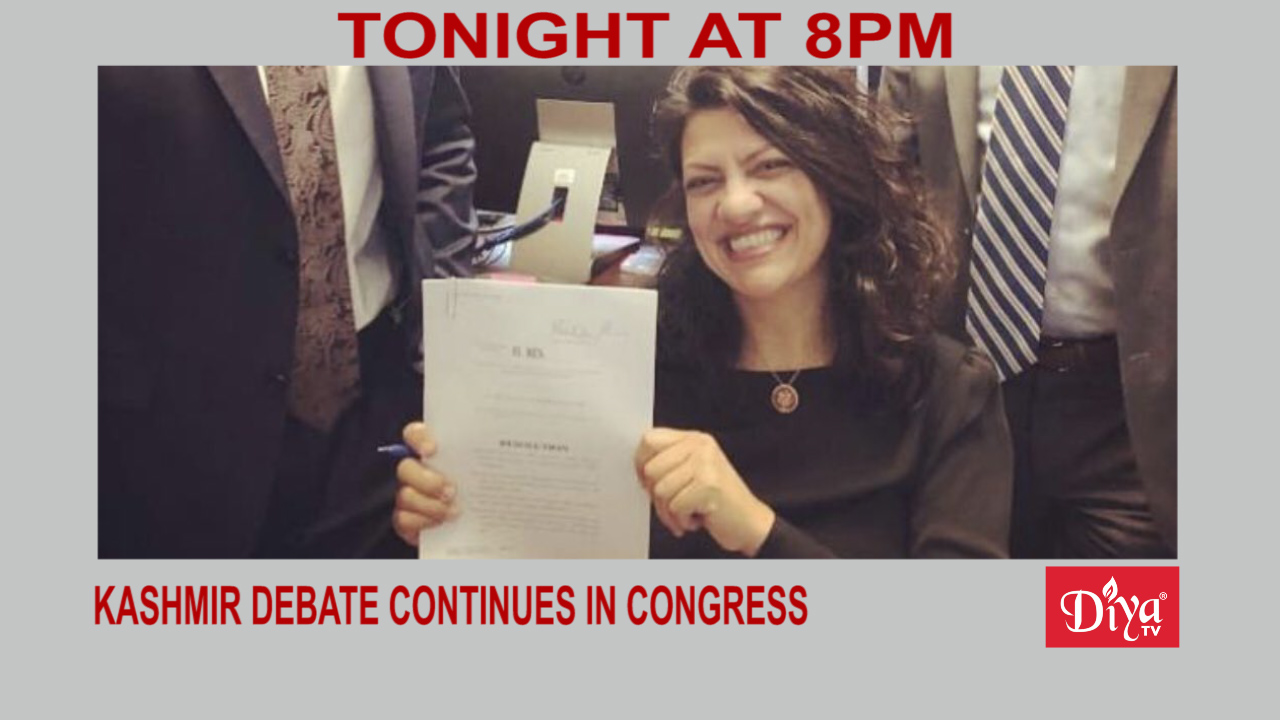 WASHINGTON (Diya TV)  — The ongoing debate over the future of Kashmir hit the Congressional floor with different perspectives. Democratic Congresswoman Rashida Tlaib introduced a resolution that “condemn the inhumane abuses in Jammu and Kashmir.” Meanwhile, Republican Congressman Pete Olsen countered that India’s recent constitutional change gives “the people of Jammu and Kashmir the same rights as all Indians.”

House Intelligence Committee Chair and the man leading the impeachment inquiry against President Trump, Congressman Adam Schiff, named Kashyap Patel as a source that provides information on Ukraine matters directly to Trump, claiming Patel bypassed National Security Council experts. Patel, who is the senior director of counter terrorism in the National Security Council, denies the claim and is now suing media outlet Politico for $25 million saying their reporting in this matter defamed him.