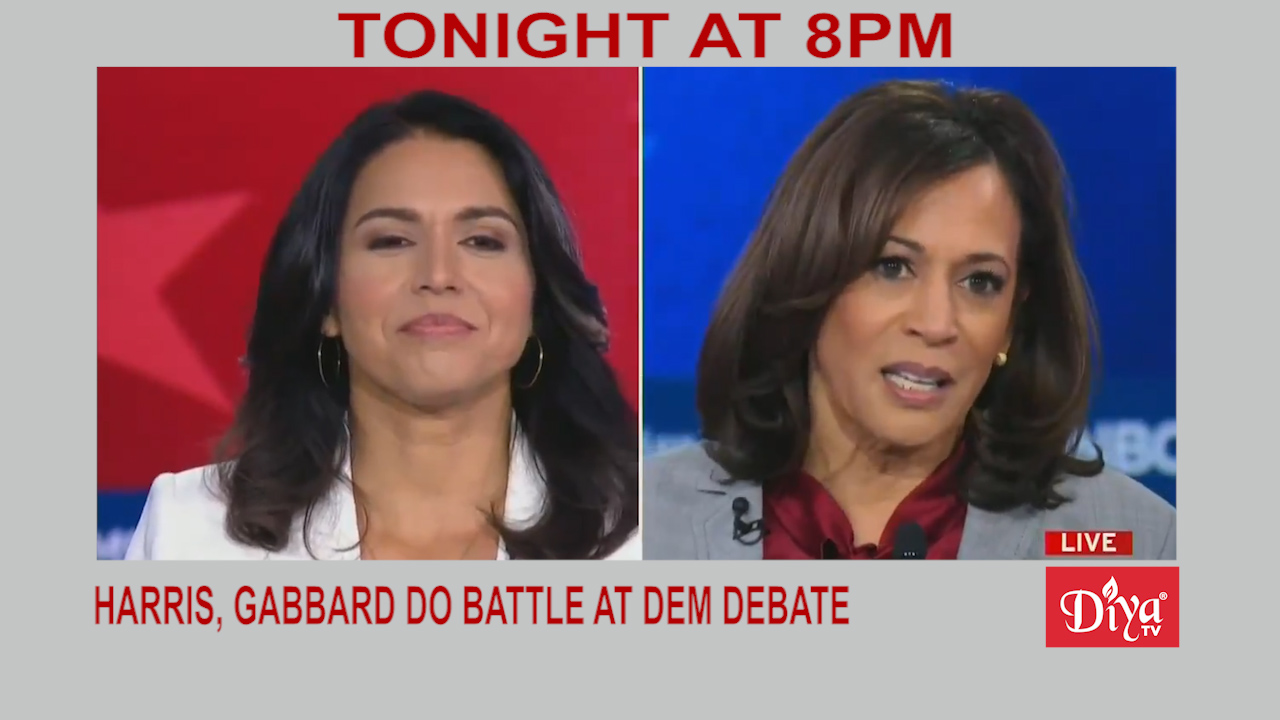 ATLANTA (Diya TV)  — At the latest Democratic Debate in Atlanta, Senator Kamala Harris and Congresswoman Tulsi Gabbard traded jabs once again as both candidates seek to draw attention to their respective campaigns at a time other candidates are starting to pull ahead.

Harris accused Gabbard of “buddying up to Steve Bannon.” Gabbard responded that Harris is “continuing to traffic in lies and smears.”

At the largest tech conference in the world, Dreamforce 2019, former President Barack Obama spoke with Salesforce Founder & Co-CEO Marc Benioff about how his Presidential library in Chicago is coming along, the book he’s working on and mentoring the next generation of leaders through his foundation.

The U.S. approved the sale of naval weapons to India worth $1 billion. It’s the biggest defense deal between the two nations in four years, putting the U.S. among the top three global arms suppliers to India, along with Russia and Israel.

Indian American population up 49% since 2010