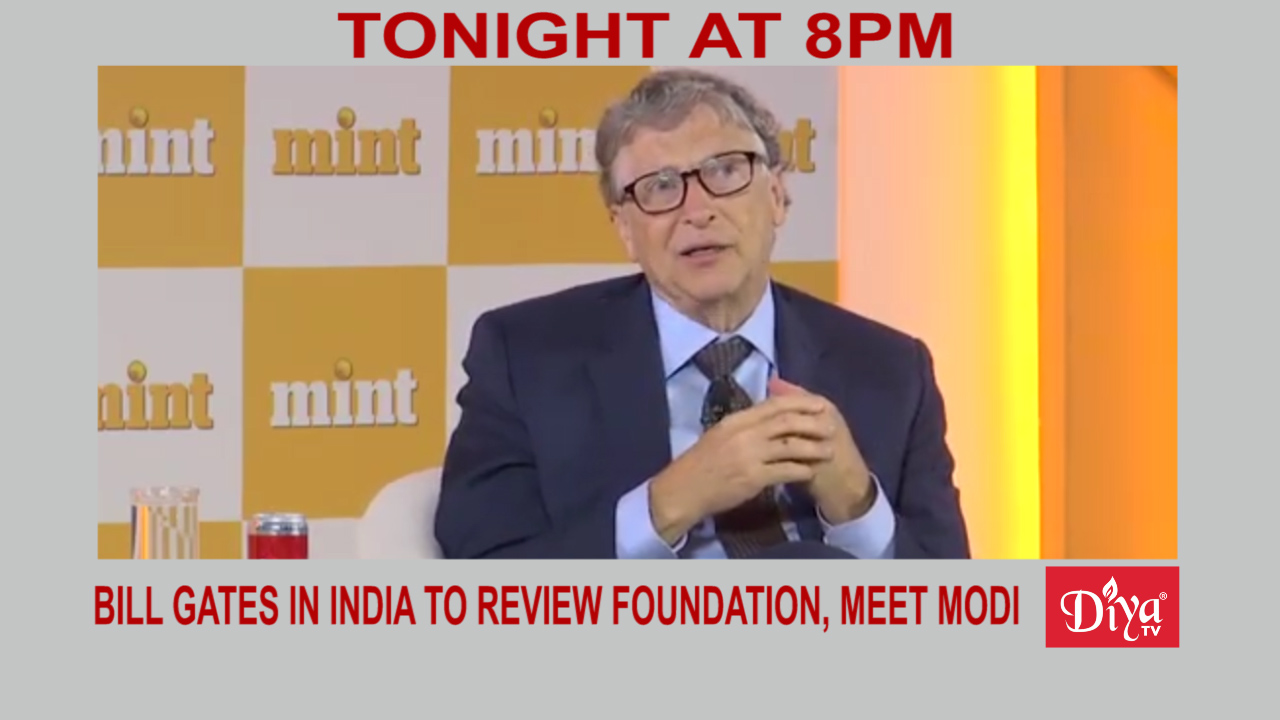 NEW DELHI (Diya TV)  — Software magnate Bill Gates is in India to review the work of his foundation, which works on health care, sanitation, agriculture and financial services in India. He also met with Prime Minister Modi and remarked that India has the potential for “very rapid” economic growth over the next decade.

Public testimony resumed in the Trump impeachment inquiry, with four witnesses testifying their recollections over allegations of quid pro quo with regard to foreign aid to Ukraine.

Indra Nooyi, the former CEO of Pepsi and current Amazon board member, was honored by the Smithsonian National Portrait Gallery, who will include her likeness in their permanent collection. She was joined by the likes of Michelle Obama and Jeff Bezos.

And it appears there will be an attempt to spinoff a new family comedy from the recently canceled “Fresh Off the Boat” that will center around an Indian American family, featuring Indian actors Preity Zinta and Vir Das.

Indian American population up 49% since 2010