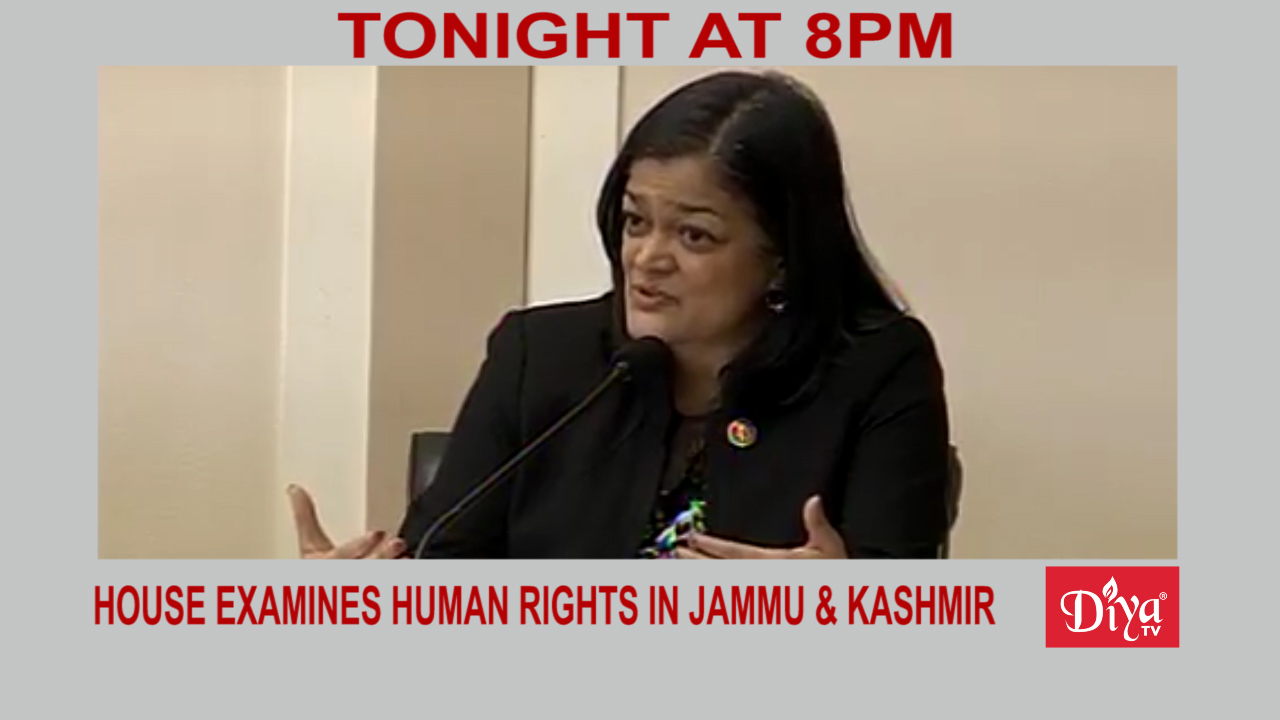 WASHINGTON (Diya TV)  — The Tom Lantos Human Rights Commission, a bipartisan caucus in the U.S. House of Representatives, examined the human rights situation in Jammu and Kashmir. Seattle Congresswoman Pramila Jayapal was among those on hand hearing testimony from experts offering widely different narratives. The commission plans to take these perspectives into account before offering recommendations for action by Congress.

In a line of questioning during the impeachment inquiry lauded by many political analysts, Democratic Congressman Raja Krishnamoorthi focused on the timeline of the Ukraine affair, confirming through witness testimony that once Congress began investigating quid pro quo by the Trump administration, security funds were released to Ukraine two days later.

American tech firms are increasingly sponsoring green cards, or permanent US residency, for their employees from India and elsewhere in an effort to hold on to their skilled talent at a time when work visa extensions have become unpredictable.

India will fund at least 250 defense startups over the next five years as it seeks new technologies for their armed forces. The plan is obtain at least 50 ‘tangible innovations’ by the startups for military use.