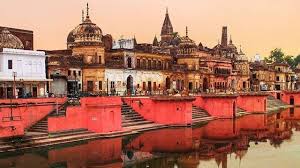 AYODHYA, India (Diya TV)  — In a decision over a subject that has been politically and culturally sensitive for several decades, the Indian Supreme Court awarded the entire 2.77 acres of disputed land in Ayodhya to Hindus, while deeming the demolition of the Babri Masjid in 1991 a crime.

The unanimous decision by five justices, led by Chief Justice Ranjan Gogoi, paves the way for the construction a new Hindu temple at the site, believed to be Lord Ram’s birthplace. The decision ends the oldest land title dispute in India.

A board of trustees will be established in the next three months to determine construction plans for the temple. While the court ruled in favor of the Hindu petition, they ordered five acres of land to be set aside at an alternative site in Ayodhya for a mosque to be built.

Ahead of the verdict political leaders appealed for peace and calm. Indian Prime Minister Narendra Modi said the verdict in this sensitive case will “not be a matter of victory or loss,” appealing to his nation to “strengthen India’s great tradition of peace, unity and amity.”

The court was also clear the desecration of the Babri Masjid was still a criminal matter and a court case on that issue is still pending.