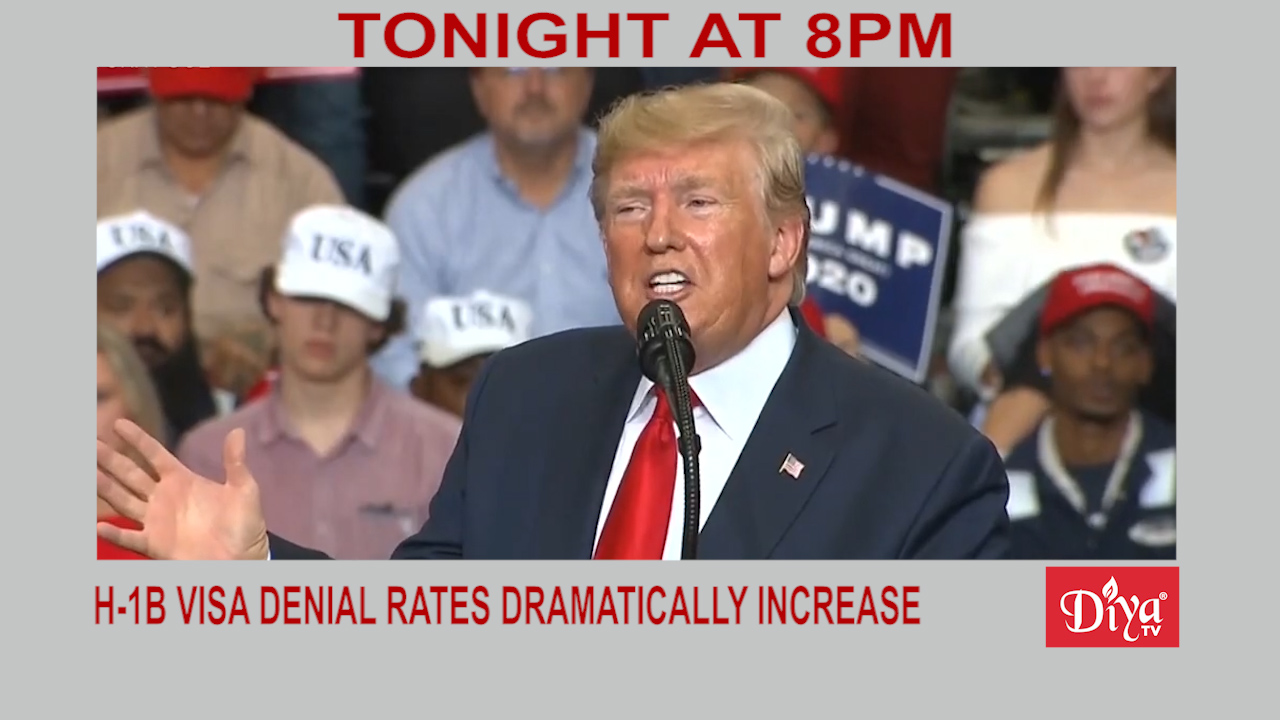 WASHINGTON (Diya TV)  — The Trump administration’s new immigration policies are leading to a significant rise in the rejection of petitions for H-1B visas, with the highest denial rate among major Indian IT companies, according to a study by the National Foundation for American Policy.

The Maine Ethics Commission imposed a $500 fine on House Speaker Sara Gideon‘s former political action committee over reimbursements worth $500 made to her in 2016. The commission said there was no attempt to deceive the public. Gideon is now running for Maine’s Senate seat against longtime incumbent Susan Collins.

Next week, the U.S. and India will hold their first-ever tri-service military exercise. It’s codenamed “Tiger Triumph” and will focus on humanitarian assistance and disaster relief. All three Indian military services will work alongside the U.S. Army, Navy, Air Force, and Marine corps

On the heels of announcements by Facebook and Google putting forth $1 billion each towards affordable housing initiatives in the Bay Area, Apple upped the ante and will set aside $2.5 billion for housing programs, including $1 billion for first-time home buyer mortgage assistance.