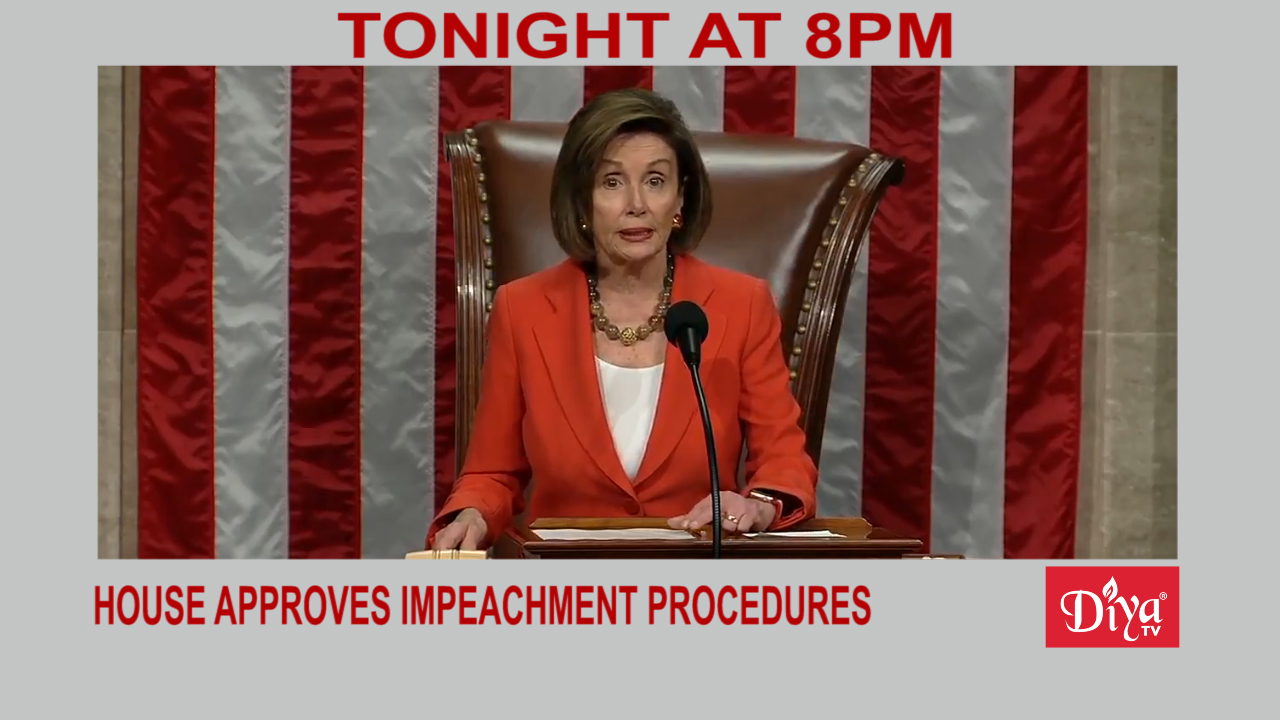 WASHINGTON (Diya TV) — In a vote almost entirely along party lines, the Democratic-controlled House of Representatives approved impeachment procedures for an inquiry into President Trump that will likely get into full public view in the coming weeks. It’s the first step toward making Trump just the third president in history to be impeached.

A massive fire on a train caused by an illegal gas canister people were using to cook breakfast killed at least 71 people in Pakistan’s eastern Punjab province. Survivors jumped through windows to get off the train, as flames engulfed train cars.

In Northern California, the week-long Kincade Fire is now 60% contained, but it’s destroyed 77,000-acres and at least 266 homes and other structures.

There are several new fires in the San Bernardino National Forest that has displaced about 1,300 residents, with containment at 40%.

Neighbors are being allowed to return to most of the 10,000 homes affected by the Getty Fire, though about a dozen buildings were lost in that blaze.

And yet another fire near the Reagan Presidential Library is now 10% contained after threatening thousands of homes.

And in Game 7 of the World Series, the road team Washington Nationals defeated the Houston Astros 6-2 to win their first-ever World Series crown, 4 games to 3. Every game of this best of 7 series was won by the road team, a first in major professional sports history.