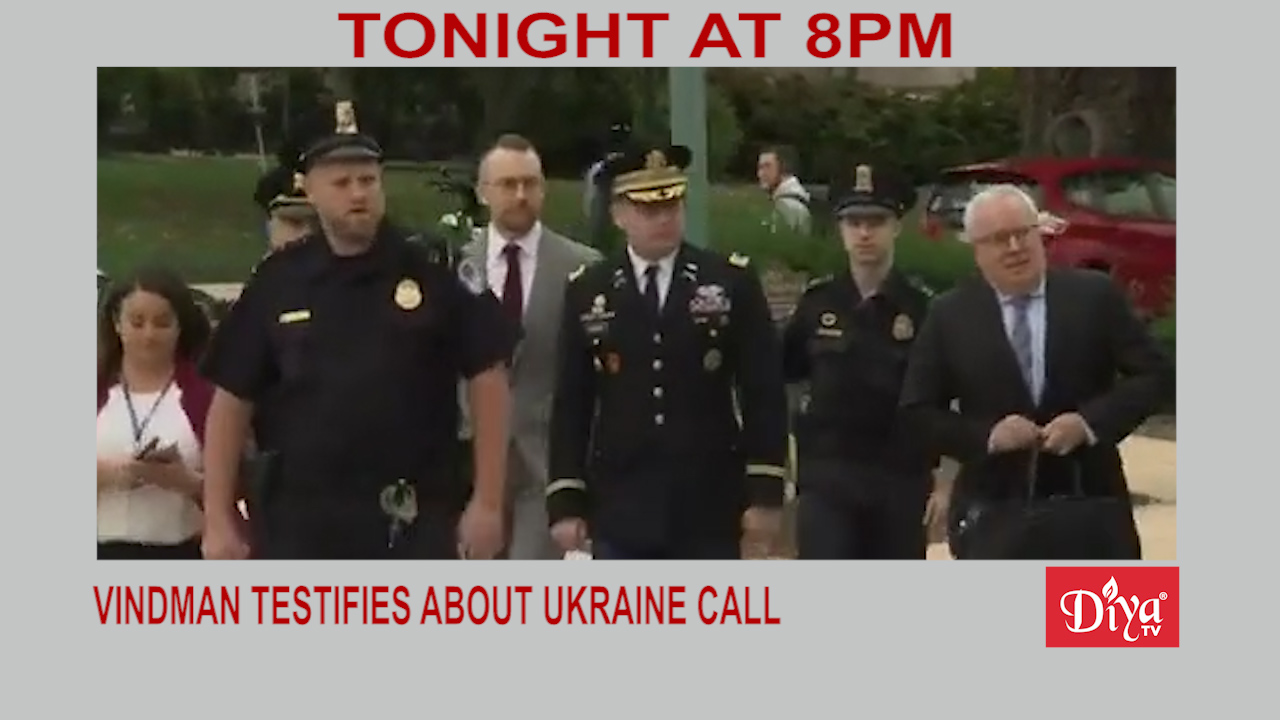 WASHINGTON (Diya TV) — Army Lt. Col. Alexander Vindman, a White House official who listened to the July 25th call by President Trump regarding Ukraine, was the first witness to testify before the three House committees conducting the impeachment inquiry. Democrats say his testimony was explosive. President Trump said in a tweet that it “can’t be possible” Vindman was on the call.

The Kincade Fire in Northern California is now up to 75,000 acres and only 15 percent contained. Another round of power outages staged by PG&E will affect parts of 29 counties and at least 600,000 customers statewide.

In Southern California, the Getty Fire increased to 656 acres and remains at 5% containment.

At the 9/11 Tribute Museum, Presidential candidate Tulsi Gabbard asked the Department of Justice and the FBI to declassify and release 9/11 investigative documents that she says implicate Saudi Arabia in the attacks.

Indian startups are having their best year of funding ever, raising a record $11.3 billion. Consumer startups raised the majority of the funds.