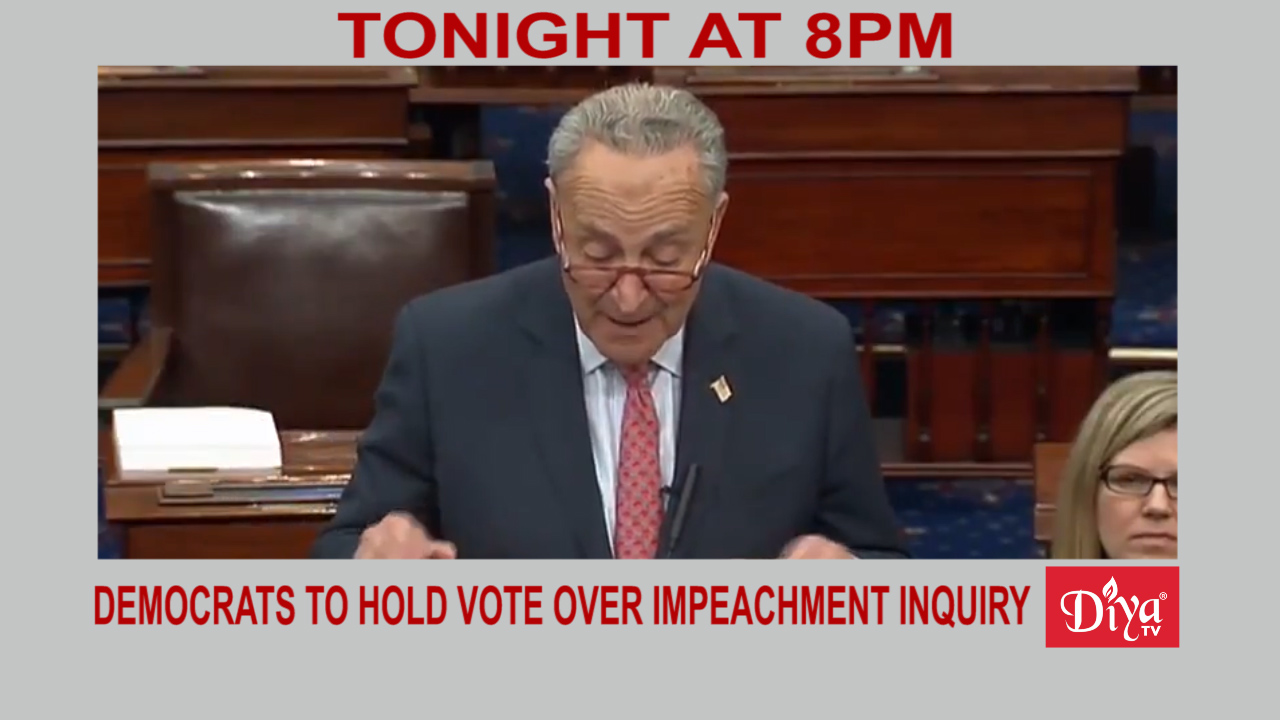 WASHINGTON (Diya TV) — Democrats in the House plan to hold their first formal vote Thursday on the impeachment inquiry into President Trump, a major step forward as they prepare to go public with their investigation into his dealings with Ukraine.

Wildfires in Northern and Southern California forced mass evacuations, closed schools and triggered power outages, as winds hovering at nearly 100 miles per hour in some areas have challenged firefighting efforts.

Embattled power company PG&E says its power lines may have started two of the wildfires over the weekend. Now they’re planning a new round of blackouts to prevent winds from damaging power equipment and sparking fires. At least 1.5 million customers will be affected.

President Trump announced Abu Bakr al-Baghdadi, the founder and leader of ISIS, was killed by American forces in a nighttime raid in northwestern Syria.

And the White House held a Diwali ceremony just for staffers in the Oval Office with President Trump presiding for the third year in a row.

Tulsi Gabbard goes all in on Presidential campaign