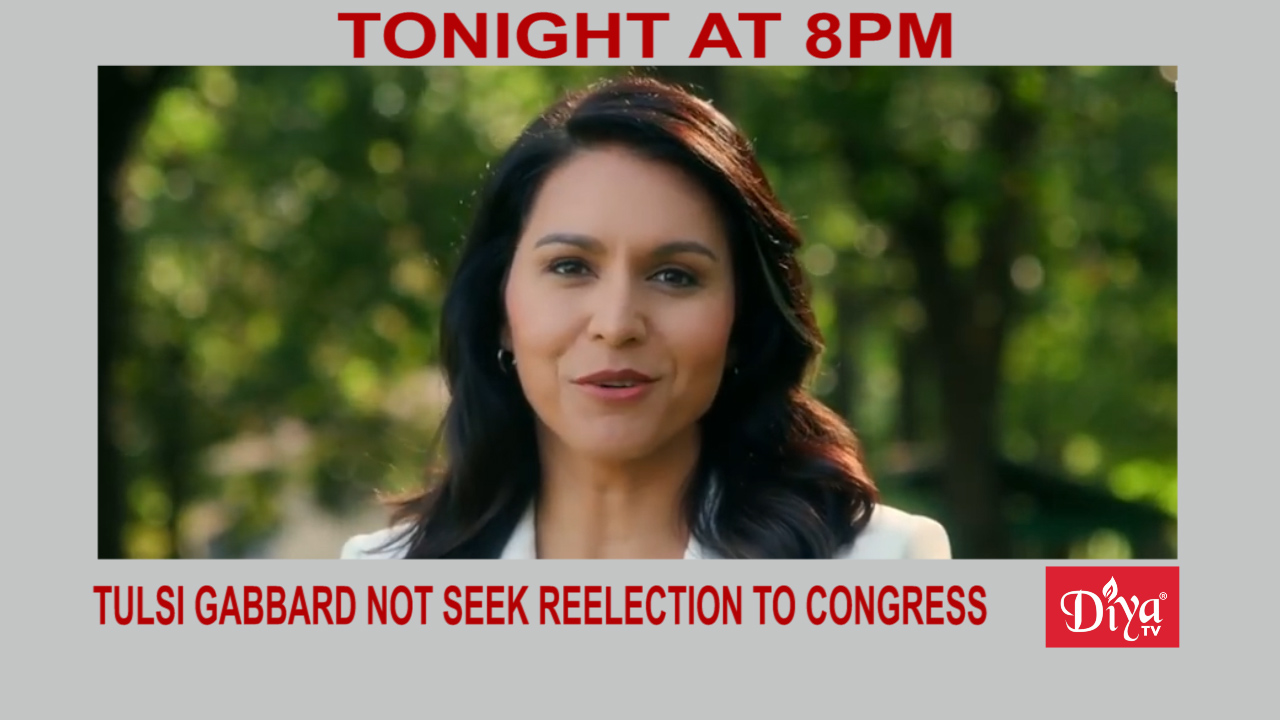 WASHINGTON (Diya TV)  — Citing a need to focus on her Presidential campaign, Rep. Tulsi Gabbard announced she would not be seeking reelection for her Hawaiian Congressional seat.

The Houston Police Department changed its policy to allow officers to wear their articles of faith while in uniform, in part to honor the memory of the late Deputy Sandeep Dhaliwal, who was killed in the line of duty three weeks ago.

A Connecticut library removed a memorial installed this summer to Sikhs killed in India 35 years ago after the Indian Consulate in New York objected.

Netflix executive Bela Bajaria was named #7 on the Hollywood Reporter’s ‘100 Most Powerful People in Entertainment 2019’ list. Disney CEO Bob Iger topped the list for the fourth year in a row.